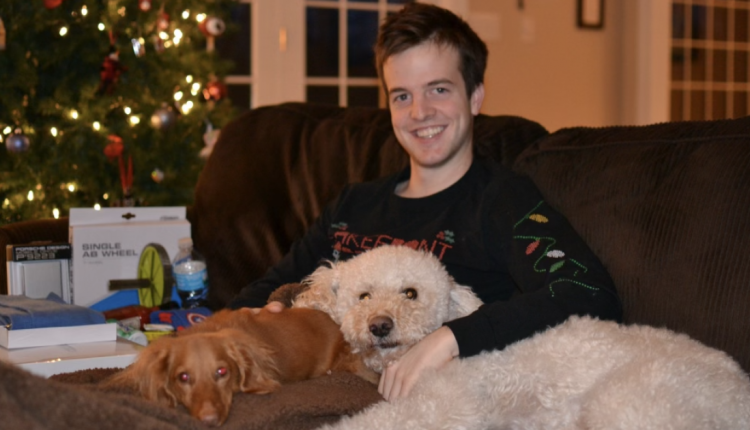 FLAGSTAFF, AZ — “In that shock, you’re crying out to God,” said Bryan Langford holding back tears.

For Bryan and his wife Janice, grief is a permanent fixture in their life.

He’s talking about his son Justin whose heart poured out through his talents. He’d recently graduated from Vanderbilt University as a mechanical engineer.

He was in love and prepared to ask his girlfriend to marry him.

“Part of his outlook was that if something ever happened, give people another chance, give people the gift and opportunity to have a new life,” said Bryan.

In 2014, just a year into his new career, a truck the 23-year-old was driving in Flagstaff rolled over. Justin fought hard but doctors broke the news he would not survive. A conversation he had with his parents when he turned 16 would soon transform pain into hope.

“He was getting his driver’s license and said I’m gonna put this red heart on my license, I want to be an organ donor, I know I’m not gonna need these body parts and organs and if I can help someone else, I want to do that,” said his mom Janice.

In the midst of heartbreak, a form of healing was revealed.

“We were given a generic list of those who would be the recipients, and we just knew there was a female in Phoenix, who was a mom, that would receive both lungs, we knew another man in Arizona would receive his heart,” said Bryan.

Justin’s final selfless act would save the lives of five people in Arizona. The organs he’d give away helped even more people across the nation. His parents eventually met the man now living with Justin’s heartbeat.

“Five to six years into this journey, Janice and I were taking a walk one day and she just said I think it’s time to share our story,” said Bryan.

It’s a story they’re now sharing in a book titled Beauty and Hope from the Ashes. Determined to not only help others cope with the devastation of loss but embrace the gift of organ donation. The two are now major advocates for an act responsible with saving tens of thousands of lives every year.

“We just pray that this book is an offering to God that will bring healing and encouragement and hope to others,” said Bryan.

While Justin’s absence will never be filled, his willingness to give all he could, even in death, lives on.

Justin’s family is also hosting a 3.6-mile run/walk event that you can join virtually, with proceeds going toward a scholarship for STEM students at Vanderbilt.

Arizona would likely see recounts after every election under popular bill

Mesa steps out of the shadow of nearby Phoenix