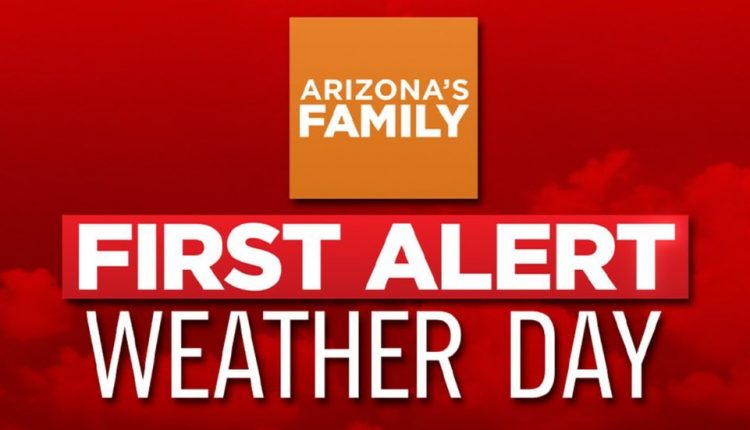 FLAGSTAFF, AZ (3TV/CBS 5) – A flash flood warning has been issued for Flagstaff and surrounding areas until 4 pm

A Shelter In Place Order has been placed in the following areas in Coconino County: Cheshire, Coconino Estates, Creighton Estates, Coyote Springs, Anasazi Ridge, and Rio de Flag. County officials are advising everyone to stay alert and be prepared to evacuate or get to higher ground as soon as possible.

Mayor Paul Deasy took this photo in Flagstaff of some young kayakers making the most out of the flooding:

Below is a video taken by KAFF in the State Route 180 area earlier Sunday afternoon during the flooding in Flagstaff:

Below is a video taken by KAFF near Stevanna Way:

CREDIT: KAFF News. A flash flood warning has been issued for Flagstaff and surrounding areas until 4 pm

You can track the emergency status for your area by clicking here for the Coconino County Interactive Emergency Map.

An Areal Flood Advisory has been issued in Yavapai County in the following areas: Hyde Creek Mountain, Denny Mountain, and Tailhoit Mesa.

Check out our Storm Risk radar below:

Our First Alert Weather team expects that as we near the afternoon hours here in the Valley, rain and wind may hit Phoenix. There is a 40% chance for rain, and the National Weather Service has issued a flood watch for Maricopa and Pinal Counties until 5 am Monday morning.

As the storm heads towards the Valley, track it here with our radar:

AZFamily’s First Alert Weather App First lets you track storms and get severe weather alerts wherever you are. Get animated radar, hourly and 10-day forecasts, video updates, rainfall totals, and an interactive traffic map. It also provides a 250-meter radar, which is the highest resolution possible. This radar allows you to look into the future so you can see where the storm is headed.