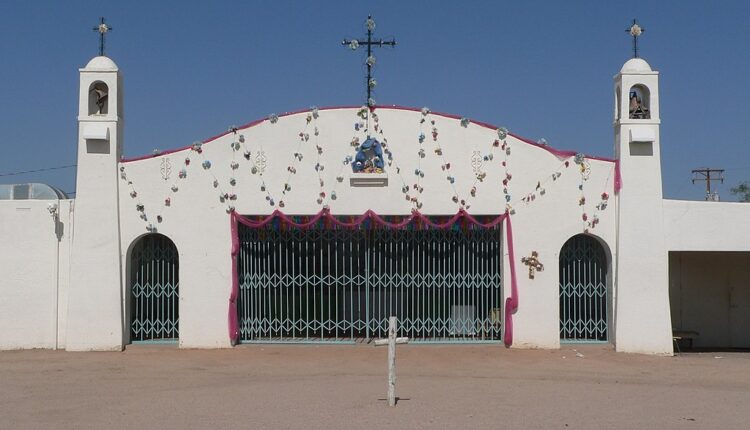 Pascua Yaqui Tribe to get cultural land back

The Pascua Yaqui Tribe is getting a portion of land back that is culturally significant to the tribe after the U.S. Senate passed the Old Pascua Community Land Acquisition Act. The bill is now headed to President Joe Biden’s office to be signed into law.

Pascua Yaqui Chairman Peter Yucupicio applauded the bill’s passing, saying it was a great day for the Pascua Yaqui Tribe.

“Old Pascua is an Arizona treasure, and this proposed law will help us maintain our ties to our community and help us strengthen and protect our culture, religion, and the San Ignacio cultural area, consistent with our right to self-determination,” Yucupicio said in a statement.

The bill was introduced in 2021 by Rep. Raul Grijalva, a Tucson Democrat, and would add 30 acres of land known as the Old Pascua Community in Tucson to the tribal boundaries. It passed the U.S. House at the end of 2021 and passed the U.S. Senate Dec. 19.

The Old Pascua Community in Tucson is home to churches, sacred sites, and ceremonial grounds that are culturally significant to the Pascua Yaqui people, according to the tribe.

“We are thankful for and appreciate the bipartisan support, which was essential for passage,” Yucupicio said. “The bill is a recognition of the work of our ancestors, an investment for our future generations, and we will be blessed if it becomes law.”

The bill passed unanimously in the Senate.

With the bill’s passing, Arizona will place the land into a trust on behalf of the Pascua Yaqui Tribe.

In 1920, real estate developer A.M. Franklin donated 40 acres of land to establish the Yaqui Nation in Arizona, Grijalva said during his opening statement at the legislative hearing for the bill in October.

Several families moved to the Pascua Village, now known as Old Pascua, Grijalva said. Since 1921, Old Pascua has been a sacred ceremonial site for the tribe and is home to the oldest formally established Yaqui community in Tucson.

In 1978, the Pascua Yaqui Tribe gained federal recognition and was given tribal land in southern Arizona, but it did not include Old Pascua.

“The addition of these lands to the Pascua Yaqui Reservation would be of enormous cultural and  historical importance to our tribe,” Yucupicio said. “Our intent is to continue to be good stewards of this land, protecting the culturally important areas and our Yaqui way of life.”

The bill also includes recognition of the gaming compact between the Pascua Yaqui Tribe and the state of Arizona and would allow for gaming activities in the Old Pascua Community if the land is returned to trust for the tribe.

“This legislation will allow the Tribe to provide economic development and job opportunities that will support our ongoing efforts to provide critical housing for our tribal members and continue to improve the general welfare of our people,” Yucupicio said.

Yucupicio added that the bill also acknowledges the relationship the Pascua Yaqui Tribe has with the City of Tucson.

“I am happy to see the Old Pascua Community Land Acquisition Act move forward. It is important for the Pascua Yaqui people’s self-determination,” Tucson Mayor Regina Romero said in a statement. “I am pleased to partner in the ongoing efforts to create economic development opportunities in Old Pascua, lands traditionally inhabited by the Yaqui people.”