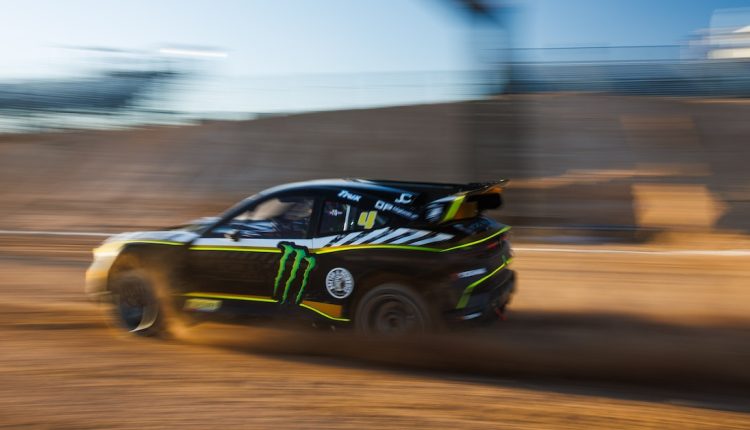 Oliver Eriksson couldn’t find a way back past, his view obscured by a loose hood, and he had to settle for second, ahead of Kris Meeke, who after being spun by Kevin Eriksson on the first start, saved his joker until later in the final to overhaul Pastrana—who slipped down the order to take sixth, ahead of Bennett, but behind Kevin Eriksson and McConnell.

NASCAR Cup series regulars Chase Elliott and Austin Cindric progressed throughout the weekend, with Elliott seemingly on-course to take a dominant LCQ victory in the second round of the weekend until he was halted by damage. Cincric could have also advanced, only for him to receive a penalty that prevented him from making the second final.

With the 2022 portion of the 2022-23 Nitro RX season now completed, Larsson holds a 45 point lead over Bakkerud, with McConnel a further 21 back in third. Oliver Eriksson’s strong weekend moves him up to fourth, while Pastrana moves up a spot to fifth.

In NRX Next, Casper Jansson and George Megennis shared the spoils, while it was Scottie Lawrence and Greg Michaud who took the victories in Side-by-Sides.

Katie Hobbs is poised to win the governor’s race after Kari Lake gains, but not enough