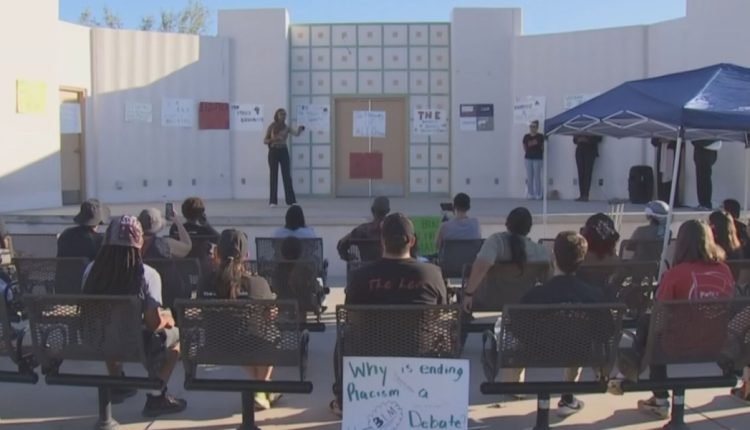 PHOENIX (3TV/CBS 5) – It’s been two weeks since Ali Osman was shot and killed by Phoenix police officers, and all the family has been asking for is accountability. Osman’s family said he had a mental health crisis when he threw the rocks at officers and didn’t deserve to die.

Many gathered in downtown Phoenix at Eastlake Park on Sunday for a peaceful protest with songs and speeches, chanting “Justice for Ali Osman.”

Black Lives Matter, ASU Somali Student Association, and the Sudanese American Association organized the event. Organizers said Osman’s story is part of many examples of police brutality in Phoenix and Sunday was about asking for change. “The Phoenix police department is known as one of the deadliest forces in the United States,” said Fatima Bitheri, a family friend of the Osmans who helped organize the protest.

The body camera footage was released on Friday and shows officers opening fire seconds after exiting their cars. In addition, the video raised questions about the department’s response protocols to mental health crises.

Supporter Nicole Miller said, “we have to bring back that humanity in policing in general and acknowledge that obviously this was a mental health crisis situation, and reacting in a lethal manner so quickly is just wrong.”

The family has already taken the first steps of a wrongful death lawsuit against the City of Phoenix, but they want Osman’s story to help others. “We’re just hoping for an apology that’s really the point for today and just to show true integral changes within the police department to have those mental services and more social service approach,” Bitheri said.

The two officers involved in the shooting are on paid leave due to standard protocol. The Phoenix police department said a criminal and internal investigation is underway and has not commented further.