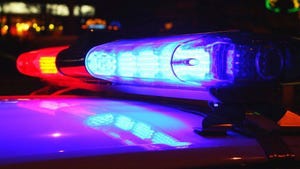 Police say a pedestrian was killed on Friday evening after being hit by a car around North Stone Avenue and East Grant Road in Tucson.

According to police, a man was walking across a marked crosswalk against a green signal when he was struck by a gold Cadillac, driven by 25-year-old Devi Marie Stubblefield. Following the collision, Stubblefield immediately stopped her vehicle and cooperated with the investigation.

The man was transported to the nearby Banner University Medical Center with life-threatening injuries and was pronounced dead shortly after arriving, authorities said. The victim’s name has not been released by the Tucson Police Department.

Tucson police said that an officer from the Impaired Driving Enforcement Unit evaluated Stubblefield after the incident, and determined that she was impaired at the time of collision. Police also said she was driving on a suspended license.

Authorities said Stubblefield was booked into Pima County Jail on a charge of causing death by use of a vehicle, and that more charges may be added following the investigation.