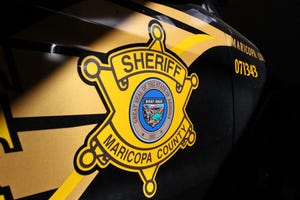 The Maricopa County Sheriff’s Office has arrested a person who they say assaulted a deputy Sunday afternoon near Lower Buckeye Road and South 67th Avenue in Phoenix.

Deputies responded to the area around 5:15 pm for reports of a person acting erratically and pointing a gun at people, according to the MCSO. After assaulting a deputy, officials say, the person barricaded in a home.

The MCSO set up a perimeter with Phoenix police, and the person was later taken into custody. The person has not been identified.

The deputy had injuries that were not life-threatening and had been released from the hospital by Monday morning.