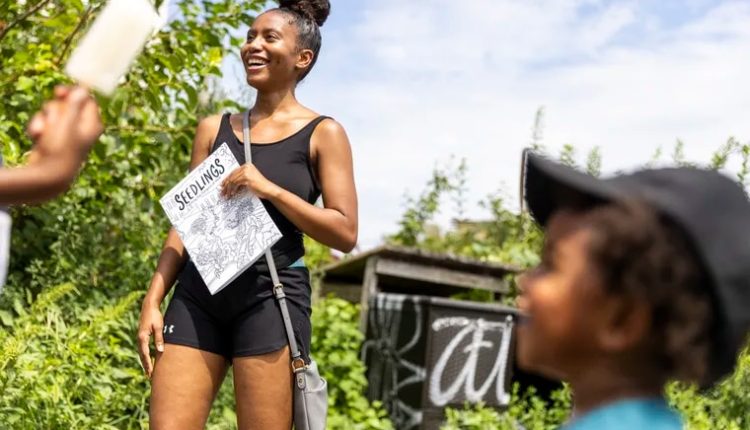 PHOENIX — Reggie Carrillo knows firsthand that where you live can determine how hot your neighborhood gets.

The environmental activist and educator resides in a largely Mexican American area of ​​south-central Phoenix, where segregation once forced Black and Hispanic people to live south of the railroad tracks. More than a half century later, the historic lack of investment means fewer trees and subsequent temperatures 13 degrees F (7 C) higher than wealthier, leafier neighborhoods just a few miles away.

» READ MORE: Extreme heat in Philly should be a year-round concern | opinion

Carrillo has benefited from one of several nonprofit initiatives popping up around the United States to educate and engage residents about climate-fueled heat that disproportionately affects low income neighborhoods of color.

Among the most ambitious is an Urban Heat Leadership Academy launched last year by the Phoenix Revitalization Corporation, a nonprofit community development corporation, and The Nature Conservancy. Better known for preserving natural areas, the nonprofit global conservancy is now also doing more work in urban areas like planting hundreds of trees and overseeing community gardens in Atlanta’s South River neighborhood.

Held virtually on Saturday mornings with experts in various aspects of climate change, the course teaches residents like Carrillo not only why their communities are getting so hot but also how to organize and advocate for cooler, greener, healthier neighborhoods. Other topics discussed include water, air quality and environmental equity for poorer Black, Latino and Indigenous neighborhoods.

As climate change leads to more intense, frequent and longer lasting heat waves across the United States and around the world, historically temperate and even cold areas are grappling with the effects of high temperatures.

Gray, cool and drizzly much of the year, the Pacific Northwest roasted with triple digit temperatures during an unusual heat wave last summer that was blamed for numerous deaths. The temperatures in Oregon and Washington state soared back up into the 90s of this summer, a sign that global warming has created a new normal for hot weather in the region.

In Philadelphia, where temperatures typically fall into the 20s and 30s (-7 to -1 C) in the winter, summers are becoming increasingly hotter with more summer days pushing over 90 degrees (over 32 C).

The national nonprofit Trust for Public Land recently wrapped up a two-year initiative that used public art to raise awareness about the growing dangers of urban heat and spark conversation about extreme temperatures in low income communities of color in that northeast city.

» READ MORE: In Philadelphia, residents and artists work together to tackle extreme urban heat through art and education

Owen Franklin, director of the Trust for Public Land in Pennsylvania, said the Philadelphia project sparked conversations about crowded, aging neighborhoods that experience temperatures up to 20 degrees (11 C) hotter than nearby ones because they don’t have parks or enough tree canopy .

“There is a lot of learning all of us need to do, and not just people living in these neighborhoods,” said Franklin, noting that organizers learned from community members that they often sleep with closed windows on hot summer nights due to concerns about crime .

“The rest of us need to know what people experience so we can combat the problem,” he said.

In Phoenix, Carrillo is working with several other graduates of the five-month academy to design a “cool corridor,” a pedestrian path that will be lined with plants native to the Sonoran desert like mesquite trees, cactus and creosote to be purchased with a grant from the Nature Conservancy and planted this fall. The team also plans related community meetings with local residents.

“We want people to have their voices heard about what their neighborhoods look like,” said Carrillo.

The academy held its first course last year with about 40 neighborhood residents who joined the weekly gatherings online to hear subject experts explain such things as transpiration, a process that allows plants to cool off surrounding areas, and the impacts of extreme heat on people.

“We are trying to help people to work on solutions that will cool down their neighborhoods over the long term,” said Anna Bettis, the healthy cities program director for The Nature Conservancy in Arizona. “Shade is a resource. If you just look around, you can see how unequally it is distributed in some neighborhoods.”

Carrillo discussed his team’s plans for a cool corridor with a few visitors to an informal event organized in late September by an Arizona State University class of graduate design students at Academia del Pueblo, a K-8 charter school in his neighborhood.

“We don’t have proper sidewalks here and a lot of our students have to walk five or more blocks without shade in more than 100 degree heat (37.7 C),” said Teresa Silva, who teaches at the school. “We don’t have transportation and their parents often work several jobs and can’t pick them up.”

Neighbor Carlos Ramirez stopped by with his son Alexis, 13, to learn how the ASU students are examining ways to improve shade in the area.

“It can get hot here,” the elder Ramirez allowed. “It would be good to have more trees.”

In another Phoenix neighborhood with sparse shade, heat academy graduate Curtis Merritt, a disabled Navy veteran, is working with his team to plan up to a dozen fig, apple, pear and citrus trees in an area considered to be a food desert, without adequate access to nutritious food.

The public school student body in Merritt’s rundown neighborhood north of the Phoenix Sky Harbor International Airport is working class and about 80% Latino, and the local Prentice Park has become home to scores of homeless people in recent years.

“What’s great about this project is that I not only get to help cool down my neighborhood by teaching and engaging,” said Merritt. “Someday with those trees I’ll be able to feed my neighbors, too.”