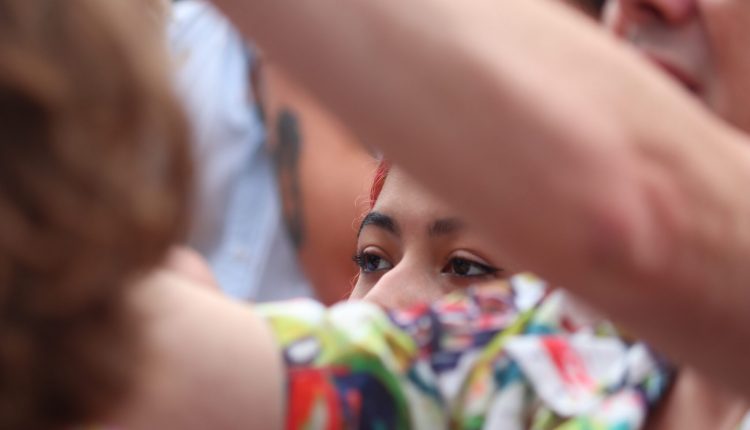 Chicago’s lakefront will be blessed by the Midwest’s premier summer music festival Lollapalooza from July 28-31. With an overwhelming number of artists performing in Grant Park all four days, this guide by The Phoenix is ​​a checklist of who to see out of the intensely packed lineup.

English alt-rock artist Sam Fender has been releasing music since 2017, but rose in popularity earlier this year with the title track of his 2021 album “Seventeen Going Under.” His music fosters a nostalgic vibe, incorporating horns, folky guitar solos and inspiration from classic rock bands.

Following the release of his album “Rx” in April, hip-hop-pop artist and rapper ROLE MODEL will be returning to the Lollapalooza stage at this year’s festival. Since he last performed at the festival in 2019, the virality of his songs “blind” and “neverletyougo” and personal online presence have catapulted his career.

After the release of her hit song “Habits (Stay High)” in 2014, singer Tove Lo solidified her status as a 2010s pop icon. Her appearance at Lollapalooza this year comes three years after the release of her latest album “Sunshine Kitty” in 2019 and the album’s deluxe version in 2020. The Swedish singer’s set seems to be promising for fans of her classics as well as her newer grunge- pop hits.

As Thursday’s headliner, heavy metal band Metallica is scheduled to wrap up the first day of the festival with a hard rock performance. The group released their first album “Kill ‘Em All” in 1983 and have consistently released music since their founding, with their most recent album being “S&M2” in 2020. Metallica’s Lollapalooza performance will serve as a display of seasoned musicianship and a contrast to the festival’s typical pop and rap lineup.

Del Water Gap is scheduled to take to the Lollapalooza stage early Friday afternoon. The singer’s indie-pop sound and conversational lyricism will blanket the festival with a sense of comfort and familiarity, kickstarting the day with an easygoing yet intriguing performance.

Definitely more pop than punk, The Regrettes draw from both genres with their spunky tunes. As the band and frontwoman Lydia Night balance their brightly colorful persona with the honest lyrics on their April album “Further Joy,” their set is bound to be a source of palpable energy.

Finally releasing her first full-length album in April 2021, girl in red moved away from her typical acoustic-led tracks with “if i could make it go quiet.” Still, she has been able to masterfully maintain her simple, raspy voice and the songwriting talent that led to her popularity. The contrast between the raw sound of her previous singles and the heavier production of her debut album promises a versatile setlist.

Since winning a Grammy for her 2017 debut self-titled album, Saturday’s headliner Dua Lipa has continued to grow in relevance. Released in 2020, “Future Nostalgia” is a throwback dance album putting a modern twist on ’80s stylings. Every track on the album has been or has the potential to be a hit, making her setlist one to jam to in the middle of Grant Park.

Gracie Abrams is the embodiment of bedroom pop singer-songwriters. Her vocals are often accompanied only by lo-fi beats, piano or acoustic guitar, making the dreaminess of her voice even more powerful. Having opened for pop star Olivia Rodrigo in April, Abrams continues to chart her own pop path in the music industry.

Wallows has been rising in popularity and maturity since their hit collaboration with singer Clairo on “Are You Bored Yet?” Throughout 2022, the band has been touring their latest album “Tell Me That It’s Over” — a cohesive record highlighting the complex highs and lows of modern relationships. Aside from its themes, the album provides a diverse set of slow, thoughtful songs and rock anthems perfect for the festival.

With the release of their album “Uncanny Valley” in March, COIN added a techno twist to their pop-rock repertoire of hits like “Talk Too Much” and “Crash My Car” off their previous two albums. Nevertheless, their set is bound to bring a lively alt-rock energy to Saturday’s lineup.

Taking a break from playing basketball around the world, J. Cole will be headlining the festival Saturday night. Even though he has such a rich discography, the majority of his setlist will likely be from his May 2021 album “The Off Season.” Many of the big names at this festival occupy the pop-rock space, so J. Cole’s R&B stylings are sure to add another layer to the lineup.

Pronounced “Joe,” Djo is Joe Keery’s musical alias. With a cryptic social media presence and wig that he dons while performing, breakout star of “Stranger Things” Keery has worked to keep his acting and musical worlds separate. Even so, the dreamy techno-pop of his work has garnered a similar cult-like following destined to be present in the Lollapalooza heat.

Beach Bunny’s soft grunge album “Emotional Creature” was released a week before she plans to take the stage at Lollapalooza on Sunday. Her style is the epitome of the ’90s aesthetic revival music has been seeing over the past few years, giving her the potential to be one of the most vibrant of the weekend.

Dominic Fike’s fame began from his association with BROCKHAMPTON members, the TikTok popularity of his song “3 Nights” and most recently his appearance in season two of “Euphoria.” Fike will finally be performing songs from his 2020 album “What Could Possibly Go Wrong” where he sings and raps over thoughtful basslines and masterfully produced beats.

Korean-pop icon j-hope will close out the festival on Sunday. Even though he will be filling in for Doja Cat who withdrew from the festival’s lineup in May, the BTS member will not be a disappointment. He is set to perform songs from his July album “Jack In The Box,” full of energetic and fiery hip-hop and rap anthems.