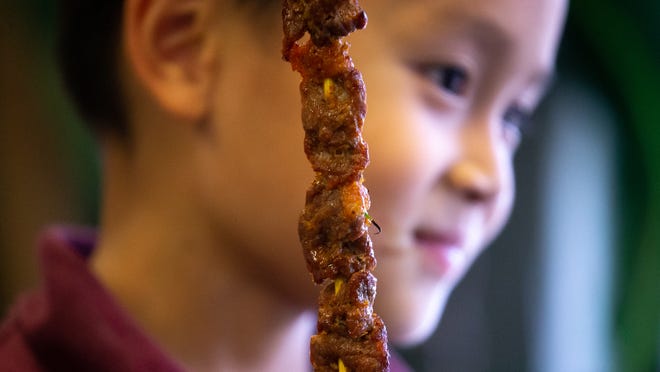 The list was compiled by New York Times writers, editors and critics who traveled from coast to coast in search of their favorites. The one thing all the restaurants are said to have in common is that “The food is amazing.”

Here’s a look at the four Arizona restaurants that made the cut.

Thaily’s restaurant in Chandler offers dishes that pay homage to the wife and husband team’s Cambodian and Iraqi heritages. The New York Times was especially impressed with lemongrass beef, cooked in an air fryer and wrapped in garlic naan. The Republic’s food critic was “obsessed with this tiny, chef-driven restaurant.”

Since Bacanora opened in February 2021, the restaurant has received a lot of attention. It was a 2022 James Beard finalist for “Best New Restaurant.” Esquire named it in its best new restaurants 2021. And Republic dining critic Andi Berlin gave it a rare five star review. If you haven’t tried the food, put it on your list. There are practically no wrong choices on the Sonoran menu. “[Rene Andrade] is the kind of cook who puts as much care into a side of beans as he does into a special of grilled yellowtail collar glazed with tangy chamoy — and it shows,” Priya Krishna wrote in the New York Times article.

Another Phoenix restaurant on the list is Armenian-owned Kabob Grill N’ Go. The menu is not extensive, but everything on the Persian-Armenian menu is prepared fresh daily from combo plates like barg and koobideh to wraps and sides like Shirazi salad. Both our previous and current restaurant critics raved about it. “Expect to wait at least 20 minutes, but you’ll be rewarded with kabobs that are juicy beyond belief,” wrote Priya Krishna for the New York Times. “Douse everything in Mr. Chilingaryan’s pepper-forward take on chimichurri, and you’ve got what may be one of the best lunches in Phoenix.”

The list also recognized a 2022 James Beard semifinalist from Tucson: Tito & Pep, describing the chef’s style as “understated and remarkable.” Among the menu items mentioned was a seafood stew in a tostada infused tomato broth with shrimp and masa dumplings.