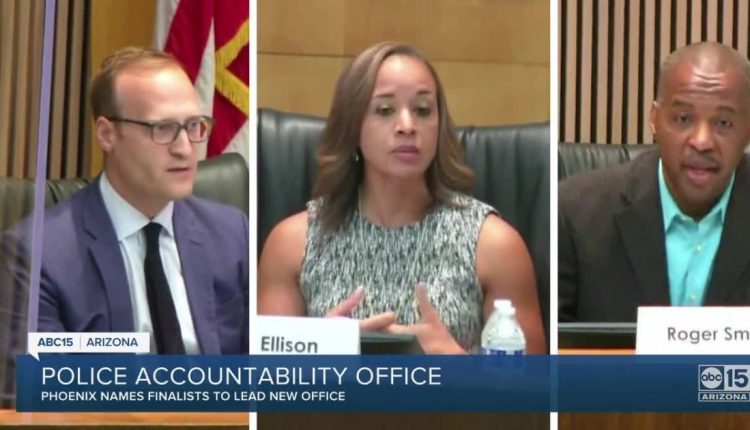 PHOENIX – The final three director candidates for the very first Phoenix Civil Oversight Committee were unveiled to the public on Thursday evening.

In May, the City of Phoenix approved the establishment of the Office of Accountability and Transparency (OAT) to investigate police misconduct and investigate complaints against officials and cases of violence.

“The OAT’s mission is to ensure that complaints against Phoenix police officers are handled fairly and objectively. The new office can also provide recommendations for training, guidelines, and disciplinary action, ”the City of Phoenix wrote online.

You can read their full biographies on the City of Phoenix website.

A local organizer from Black Lives Matter Phoenix Metro said OAT is a good place to start, but there is still a way to reform the Phoenix police force.

The three candidates will conduct a panel interview in front of the City Manager. Right now this is Ed Zuercher, but his last day is October 8th and he is being replaced by Assistant City Manager Jeff Barton. However, you could be disqualified if a judge refuses to challenge Phoenix against a new state law that puts police officers in charge of police oversight.