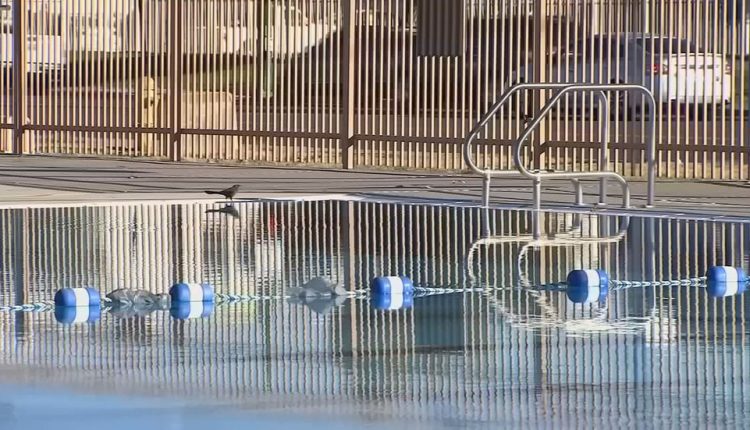 Kirk felt like the city was starting from scratch when it came to hiring more than two years into the pandemic. “Going back to 29 pools and 650 staff is definitely a huge challenge,” she said.

Heading into this summer, Kirk says she’s hired around 400 lifeguards, swim instructors, and other staff. That’s enough to open 14 of the 29 pools in the city, two more than last year. The city will also open all splash pads starting Saturday. “We’re hoping that those people that we hired on this year are excited to come back for us next year,” she said. “And that will give us a really good foundation to continue moving forward and being able to open more pools.”

While the City of Phoenix isn’t hiring any more lifeguards for this summer, they’re already looking ahead to future years through their Lifeguard Academy program, which provides free certification courses for anyone 15 or older. That, combined with the $2500 hiring incentive the city has offered, means that even though 15 city pools won’t be opening this summer, Kirk feels good about where things are headed. And she’s not the only one.

In Mesa, all nine city pools will be open and fully staffed this weekend. “We had five separate classes for lifeguards and water safety instructors,” Mesa senior public information specialist Kevin Christopher said. “We had enough people from those classes to staff our pools. We also have a number of people, over 200, returning from last year as well.”

Christopher says the city currently has 350 staff members for their nine pools and plans to hire more staff as needed throughout the summer. But not every Valley city is ready to open right now. Glendale is still looking for more lifeguards for its two aquatic centers. Due to that, only one will open on June 7th, with the other opening on July 5th.

It’s another reminder that cities need to continue to think outside the box for jobs that used to be at the top of many teenagers’ wishlists. “Being a seasonal job for teens, they can work at a part-time job all year-round in other places,” Kirk said. “So how do we fight that?”

Instagram will soon let you customize how your profile page looks