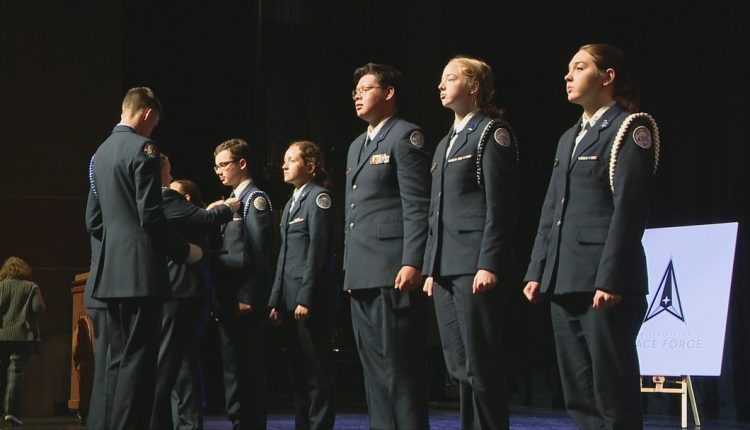 PHOENIX – Space Force is the newest formed branch of the military, a decision that was made under the administration of Donald Trump.

in 2021, we reported that Shadow Mountain High School will have the first Space Force JROTC program in Arizona. The school is among 10 high schools that were selected to transition their ROTC program from Air Force to Space Force. A conversion ceremony has taken place at the high school.

“We have always known this was going to be a highly technical career, and so it’s important for us to start early, and getting younger and younger boys and girls excited about STEM education, learning about space and technology and that sort of thing,” said Col. Niki Lindhorst.

Part of the criteria of getting selected was based on proximity to a Space Force base, or an instructor having a Space Force background. That is where Lt. Col. William Bones comes in.

“Based on my background in space, that afforded us the opportunity to become a Space Force JROTC here in Phoenix, so we can fully transition the curriculum here, and they will have an instructor that will teach it,” said Lt. Col Bones.

There will be changes to the curriculum as a result of the program’s conversion.

“Mondays and Fridays are physical fitness, and Tuesdays, they will learn about aerospace studies, which can range from global studies to space studies, to learn how to fly,” said Lt. Col Bones. “We actually had five pilot guardships this year.”

The cadets also want to learn about leadership education and civics.

Col. Lindhorst says the cadets will have the tools necessary to decide what they choose to do in their future, but for now.

“I expect them to buckle down and do the things that they are already engaged in doing: learn about their world, get out there, and learn about the people in our world today,” said Col. Lindhorst.