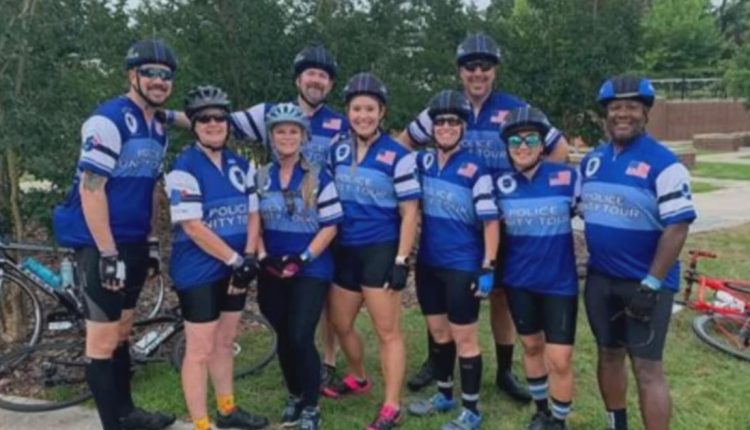 PHOENIX (3TV / CBS 5) – It’s National Police Week and a group of nine officers from Mesa, Scottsdale, Phoenix, and Glendale have just completed a grueling 350-mile bike ride in honor of our fallen officers. We lost 264 police officers across the country last year, most of them in more than four decades. Steve Berry retired from the Mesa Police Department two years ago and is still a volunteer reservist twice a week.

Nine officers from Mesa, Scottsdale, Phoenix and Glendale have just completed a strenuous 350 mile bike ride in honor of our fallen officers.

“All of our jerseys on the back say, ‘We ride for those who have died,'” said Berry. It’s his fourth year on the Police Unity Tour raising funds for the National Law Enforcement Memorial Fund and the Fallen Officers Memorial Wall in Washington DC

“I’ve been in law enforcement for over 30 years now and have had a very successful and very safe career. And obviously some of my colleagues weren’t that lucky and obviously paid the ultimate sacrifice,” Berry said.

The four-day drive from Tallahassee to Titusville, Florida, which ended at the American Police Museum, took her from the heights of driving on the Daytona route to deep hours in the rain and even had to postpone her drive at one point due to storms. One hundred and nine officers attended that year, and as many staff were available.

The four-day drive from Tallahassee to Titusville, Florida ended at the American Police Museum.

“There’s the food crew, the hotel crew. There’s a rolling bike shop that’s with us every mile. There’s a medical crew in case someone gets injured,” said Berry. The ride is a long symbolic path that helps them think.

“Not only do we drive, but we also have so-called honor stops where we can stop at the local community and meet with a family or agency that has a fallen officer to demonstrate our support for that family and agency,” said Berry said.

And in a year of community protests against the police, these officials say such gathering helps them focus on their calling to service. “We haven’t forgotten why we took these oaths and why we’re doing the job so we can keep going through these tough times,” said Berry.

It’s not too late to donate. Click / tap here to learn more.

The Tucson Zine Fest returns with the 2021 Summer Exhibition

Community events and announcements: May 14, 2021 | The Verde Independent