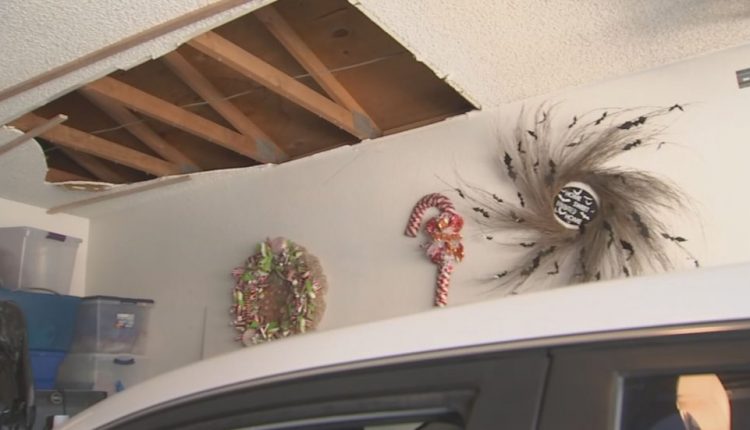 Phoenix couple claims nearby I-17 construction is causing home to shake, causing damage

PHOENIX (3TV/CBS 5) – A Phoenix couple says construction near their neighborhood is shaking their home. Crews are working to improve drainage near I-17 and Thunderbird Road in Phoenix. While the work is supposed to help clear rainwater, some people nearby say it’s damaging their homes.

“The biggest thing is the way increase in traffic, the noise during the day time and the construction congestion of all that,” said Paul Shanks.

After dealing with nearby construction for months, he says it’s recently gotten worse. His wife, Maria Raley, works from home and says the noise and rattling have become a nuisance.

“You heard the windows start vibrating early on in the morning and then at one point our front door started to shake as if someone was trying to open it,” she said. She and her husband say the construction equipment is causing their home to physically shake. Paul believes it also caused a giant hole in his garage ceiling. “Thursday night when we got back from dinner, we backed in and I got out of the car and said wow the ceiling fell on your car.”

They’re now dealing with insurance, trying to get their home and car repaired. And after two years of calling this home, they say they’re considering moving.

“We have to. The traffic is so bad because of the construction and everything else,” said Shanks. “Downside is the market is so bad you can’t get in anywhere. So we’re stuck here for at least another month and a half.”

We reached out to ADOT, but they were unavailable to comment. This project is expected to end in 2023.