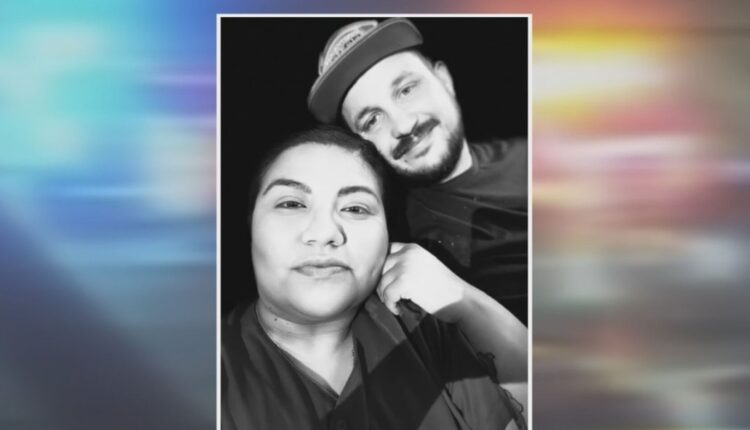 PHOENIX (3TV/CBS 5) – Amanda Araiza and Robert Elibe are supposed to be planning their wedding. Instead, they’re at a north Phoenix hospital scheduling Robert’s next surgery and medical procedure. “I thought I had lost him,” said Araiza. “My heart dropped so hard, I thought I lost him.”

A week before Christmas, the Phoenix couple was involved in a freak accident along I-17 near Union Hills Road. Araiza was on her way to work early in the morning when a tire blew out. She pulled over into the emergency lane and called Elibe to help. He parked his car behind her and was getting the spare tire out of the trunk when a suspected drunk driver came out of nowhere and smashed into them.

Araiza went flying over a barrier. Elibe was crushed between two cars. “I was crying,” said Araiza. “I told him I’m so sorry, and he was shaking. There was blood everywhere.” Araiza suffered an assortment of minor injuries. Elibe was much worse. A head injury, broken pelvis, fractured ribs, and one of his legs had to be amputated. “I look at it as it wasn’t his time, God has a purpose for him and its made him stronger,” said Araiza. “This is going to be a long journey for both of us and I’m going to be there every day for him.”

The Phoenix dad can no longer work as a delivery driver for Amazon, and Araiza had to quit her job to take care of him. She said her fiancé is just now coming to grips with what happened to him. “I’m sad for him because it’s like, you’re such a good person, such a good man, why did this have to happen to you? Why happen to anybody?” said Araiza.

The Arizona Department of Public Safety is investigating the crash. Detectives are recommending criminal charges be filed against the 26-year-old woman driving the vehicle that crashed into the couple. The woman may be charged with DUI, aggravated assault, and endangerment.

A GoFundMe page has been set up to help the couple with medical expenses that keep climbing every day. If you would like to donate, click here.