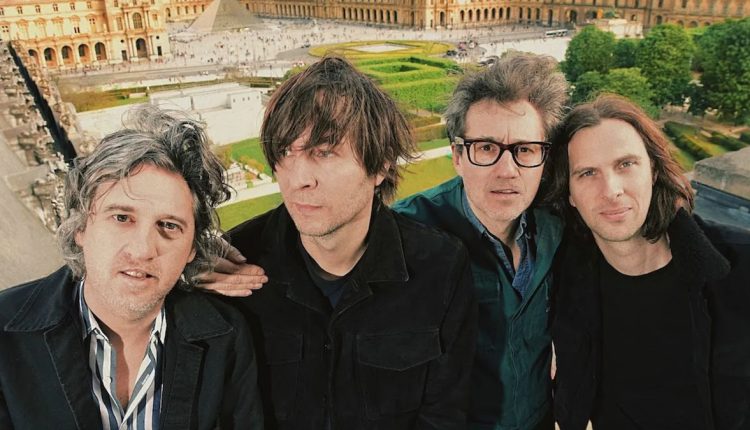 Phoenix recorded Alpha Zulu in the Musée des Arts Décoratifs (aka Museum of Decorative Arts) in Paris. “For every album, we’ve always tried to find an unusual place, a place that’s not dedicated for music, to a ridiculous extent sometimes,” explained frontman Thomas Mars in an interview with Consequence. “So for this album, instead of gold records on the wall, it was Napoleon’s throne.”

Guitarist Christian Mazzalai added in a statement: “I was a bit afraid, when there was too much beauty around us, that to create something could be a bit hard. But it was the opposite: we couldn’t stop producing music. In these first 10 days, we wrote almost all of the album.”

Phoenix teased the 10-song Alpha Zulu with its title track, as well as the Ezra Koenig-featuring single “Tonight,” which we named Song of the Week. You can stream the record in full via Apple Music or Spotify below.

Phoenix have already promoted Alpha Zulu with musical guest appearances on The Late Show with Stephen Colbert and Jimmy Kimmel Live! while they embarked on a North American and European tour. They just have a few dates left in 2022, and you can grab remaining tickets for those shows over at Ticketmaster.

For Republican Candidates, Talk About Moms and Babies Is a Thorny Issue