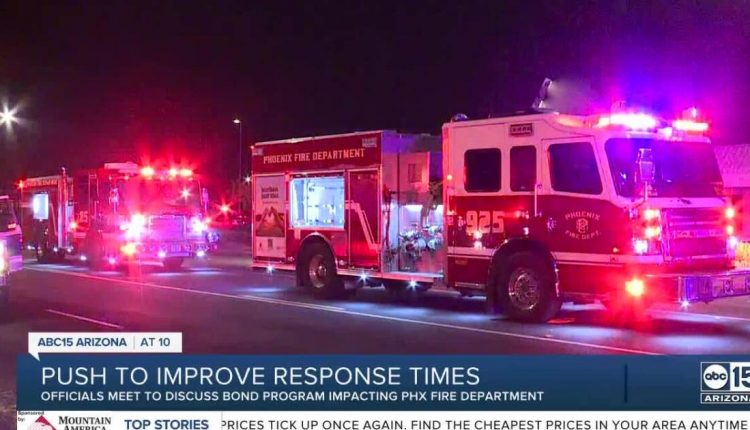 AHWATUKEE — The United Phoenix Firefighters Association says Ahwatukee is one area seeing the biggest delays in response times. Neighbors tell us that happens often at the intersection of 17th Avenue and Liberty Lane.

“I will hear the accident happen, I will look out my window and I will wait 15, 20, sometimes even 30 minutes for someone to show up,” says John Sadauskas, Ahwatukee resident.

Sadauskas lives right behind the intersection and sees crashes there every few weeks.

“You call 911 and they say, ‘we’re sending somebody.’ Well, where is that somebody?” says Sadauskas.

The Phoenix fire union is aware of that. That’s why they have been stressing the need for more resources, as their average response time has gone from five minutes to now almost nine minutes.

“We are concerned about your loved ones and your own personal safety and the time it takes us to get there is prohibiting us from being able to do our job effectively,” says Bryan Willingham, president of United Phoenix Firefighters Association.

The city of Phoenix held an executive committee meeting on Wednesday, hoping to get public input on what should be included in a 2023 GO Bond Program. Some community members who spoke out asked for investment in parks and libraries. But, Phoenix fire says it’s also about prioritizing needs.

“You can’t enjoy that library if you’ve had a loved one that’s been incapacitated or their quality of life is affected,” says Willingham.

Phoenix fire applied for eight new or improved fire stations, along with staffing and other resources. There are currently only four stations on the proposed bond.

“If we’re arriving late on a scene, our chances of saving someone or helping them acquire a better quality of life coming out of an injury like that — whether it’s a stroke or a heart attack or drowning — that’s why it’s critical. Time is tissue,” says Willingham.

The city will hold several more public input meetings through December. Voters will then decide during a special election in November of next year whether to adopt the $500-million bond program.