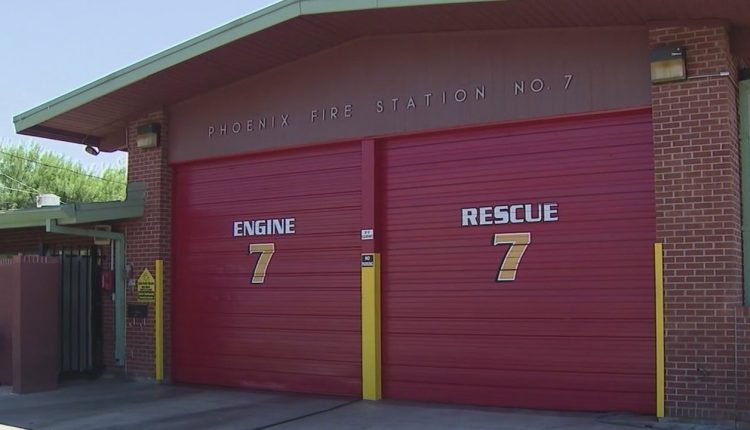 PHOENIX – As the city of Phoenix continues to be one of the fastest growing cities in the country, firefighters are growing concerned as their resources are already stretched to capacity.

United Phoenix Firefighters Local 493 says the Phoenix Fire Department is in crisis, but there are efforts to change that.

‘A false sense of security’

Fire Station 7 is located in Sunnyslope, right at 4th Street and Hatcher.

“In the early ’60s, it was perfectly suited to serve that neighborhood because it was a small residential neighborhood on the outskirts of Phoenix, it wasn’t very busy,” said PJ Dean, Secretary and Communications Director with United Phoenix Firefighters Local 493 .

“You look at someone who lives an 8th of a mile from that fire station, they probably live in a false sense of security, thinking the fire station is right there, they are going to be there right away when I need them,” Dean said. “[They’re] not realizing that [the] truck is so busy, there’s a good likelihood they’re going to be on another call.

“That person has another emergency, they’re waiting on a second, third truck, and that’s a 6-8 minute response time,” he continued.

Dean says that’s just one example of why the fire department is in crisis.

One new fire station in 10 years

“Phoenix has grown so much recently, especially in the past decade, and in that decade we built one fire station to keep up with the exponential amount of explosive growth that Phoenix has experienced,” Dean said. “It’s quite frankly not enough for us to keep up.

In the time that the last fire station was built, there has been an almost 50% increase in call volumes. That’s a more than 2% increase in resources to deal with all that demand.

According to PhoenixFireCrisis.comcurrent response times are up.

“It should be about 5 minutes as per the NFPA standards, and we are right under 9 minutes now,” Dean said. “That’s a horrifying amount of time for a fire or medical emergency when lives are at stake, and it’s taking us that much longer to get to you to get help.”

“Our fourth project we are bringing forth is a new fire station, number 51,” he said.

A spokesperson for the city says it is in the process of putting together a GO Bond proposal to take to voters in November. One of the key proposals involves funds for public safety, including new fire stations.

The problem, according to Dean, is that only four stations are part of that proposal. He says it’s not a negotiation – it’s a necessity.

“We have a very good relationship with city hall and city management, they are doing the best they can to manage all aspects of the city, not just public safety, in terms of how it grows,” Dean said. “We feel…if we create awareness with them as with the public, people will champion our cause and maybe understand a little better of where we’re coming from.”

Dean says more people are moving to the metro area, so demand is high there. There are more health care crisis calls, and the department is at the point where they need the city and voters to help them protect the public.

The 4 fire stations that have been approved to go on the Bond election: https://www.phoenix.gov/bondsite/Documents/PublicSafety_PrioritizedCapitalNeeds.pdf

Other 4 stations that Local 493 is asking for: https://www.phoenix.gov/bondsite/Documents/PublicSafety_FutureCapitalNeeds.pdf

The next public safety committee bond meeting will be held on Sept. 19 where residents can voice their opinions. Learn more: https://www.phoenix.gov/bond/public-safety

Before ‘Sister Wives’ Janelle Brown Might Have Been a Government Employee