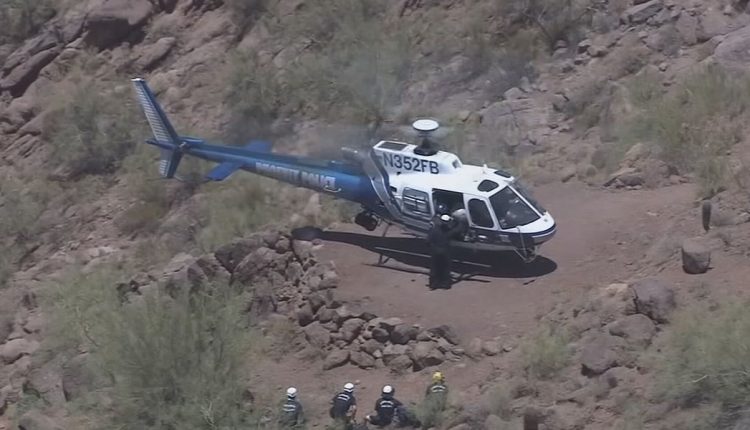 PHOENIX (3TV/CBS 5) – Some Phoenix hiking trails will be closed Tuesday and Wednesday because of the extreme heat. The trails have already shut down 11 times so far this year under the city’s new and permanent program, which closes some trails when an excessive heat warning is issued. For the first time, we are looking at whether this new program is working and how many mountain rescues Phoenix Fire has done this year compared to last.

When looking at the hottest months of the year, June, July and August, there have been 19 fewer rescues this year than last. While fire officials can’t fully say this is because of the new program shutting down trails, it does appear to be working. “Sometimes we will go up the mountain and firemen and women will encounter another patient or sometimes we have found three patients,” Phoenix Fire Captain Todd Keller said.

With more and more people hiking Phoenix trails, the number of mountain rescues is decreasing. Phoenix Fire has responded to 268 so far this year. That’s 24 less than this time last year. “We always like to see a downtick with our numbers,” Keller said.

Last summer, the City of Phoenix Parks and Rec Department ran a two-and-a-half-month pilot program shutting down some hiking trails when Excessive Heat Warnings were issued. In October, the program was made permanent. “I think it’s definitely good for public safety,” hiker Hunter Mabry said.

Keller says a common denominator is lack of communication and water. “A lot of these times it was 15 or 10 percent left on their phone battery. That’s how we communicate with them and how we would find out where they are and how they are feeling,” Keller said.

The lower number also comes at a time when trails are more crowded. Parks and Rec say 2.5 million people hiked Phoenix park trails in 2019. That number skyrocketed by 160% to 6.5 million last year.

Hikers we spoke with say they love hiking here in Arizona but take a break in the heat not only for themselves but for others. “I’m sympathetic to the firefighters you see them up there flying around and climbing to get them,” hiker Jon Hunter said. “And I try to make sure I don’t ever contribute to that.”

“Number one thing is bringing water for me. If I drink helped my water then it’s time to turn around,” Mabry said.

Keller says the most important thing to do when trails open is to head out early in the morning and bring a full water bottle and a charged phone. Another preventative measure in place is the city has banned dogs from the trails when temperatures are above 100 degrees.