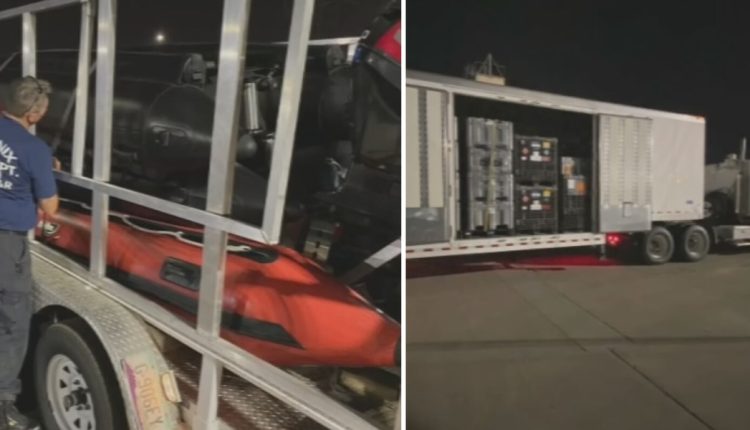 PHOENIX (3TV/CBS 5) — Millions of people in Florida don’t have power after Hurricane Ian made landfall on Wednesday. FEMA has already deployed several task forces to help throughout the state.

Arizona Task Force 1 has also prepared in case they are called. They have already pre-loaded trucks with supplies and secured transportation vehicles to move their team. Arizona Task Force 1 is one of 28 urban search and rescue teams throughout the country.

Although we’re used to seeing Phoenix firefighters putting out flames in the Arizona heat, when it comes to significant events like Hurricane Ian, time is crucial. Right now, 50 members remain vigilant and ready. “We do activities such as search and rescue, building collapse, swift water, and hazardous material calls,” said Phoenix Fire Department Capt. Todd Keller.

Arizona Task Force 1 is sponsored and managed by the Phoenix Fire Department Special Operations. The team has the resources and trained professionals to respond quickly to emergencies locally and nationally. “We have two semi trucks, two bob trucks and six boats that we will be getting ready once we get that alert,” Captain Keller said.

They have been on these types of missions before by lending a hand during Hurricanes Katrina and Ike. The task force is in a constant state of readiness, so they pre-loaded supplies into trucks to make for a smooth and quick deployment. “As we get on the road we will be getting updates from FEMA on the tasks that we will be doing,” he said.

The deployable members stay on-call at the fire station. If FEMA calls, they will be deployed immediately and on the road to Florida within an hour.