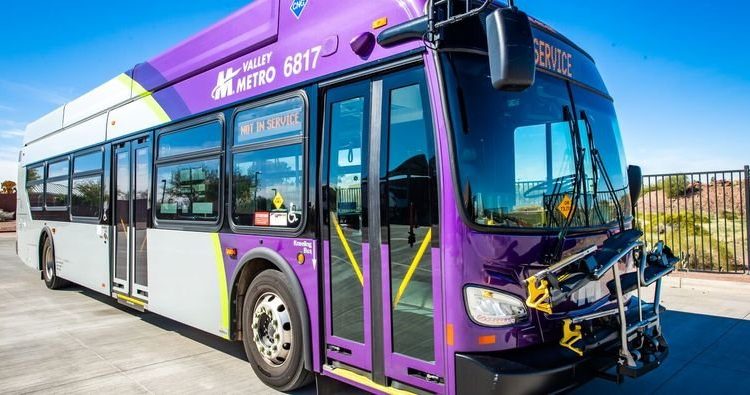 Karina I. Romero | Especially for the independents

Phoenix, the fifth largest metropolis in the country, continues to grow every day, and its transportation system can’t keep up.

To address traffic congestion, the City of Phoenix is ​​in the early stages of a long-term program aimed at making public transport more efficient.

BRT is the means of transport of the future. Mobile tariff payment, queue skip lanes and BRT with transit signal priority will improve Phoenix’s transportation reliability.

Compared to the Phoenix light rail, the BRT can hold up to 150 passengers, while the light rail can only take 80. It operates 12 hours a day and not just during rush hour.

A unique part of this project is the queue jump, a design to give priority to buses in traffic, to easily merge and get a head start in traffic.
Transit Signal Priority is a technique the BRT uses to ensure speed. For example, if the bus is approaching a green light that will soon turn yellow, it can go after the
green light to be extended.

On September 15, the City of Phoenix’s Transportation, Infrastructure and Planning Committee held a meeting to discuss further plans for the project and to inform citizens of the progress.

Matthew Taunton, a traffic planner for HDR Inc., provided a transit analysis for the corridor business for the project. In its results are the three corridors with the highest number of passengers, the best coverage and the best complement for future development
Camelback Road to 24th Street, Thomas Road to 44th Street, and 35th Avenue to Van Buren Street.

Sara Kotecki, a BRT administrator, gave a brief introduction to the history of the program and briefed residents on the latest initiatives.

In May 2021, the Public Transport Department asked the Citizens Transport Commission to recommend city council approval
a potential corridor; which was unanimously approved.

Through the power of social media campaigns, virtual meetings with community groups, and press releases, the BRT project has started reaching the public and even providing feedback.

In June 2020, the team launched the BRT survey, a questionnaire with 16 problems to capture the needs of the public and provide insights. The poll received 774 responses from across the valley, city officials said.

Although the community has approved the three corridors, the only corridor currently underway is 35th Avenue to Van Buren Street, which will run north-south. This is due to an ongoing analysis for the high-speed transit in West Phoenix.

City officials want to ensure the most efficient mode of transportation before final approval, officials said.

The next step for the project is to ask the Phoenix City Council to approve the first BRT corridors. Ultimately, this is a small step in a 35 year project.

Karina I. Romero is a student at the Walter Cronkite School of Journalism and Mass Communication at Arizona State University.