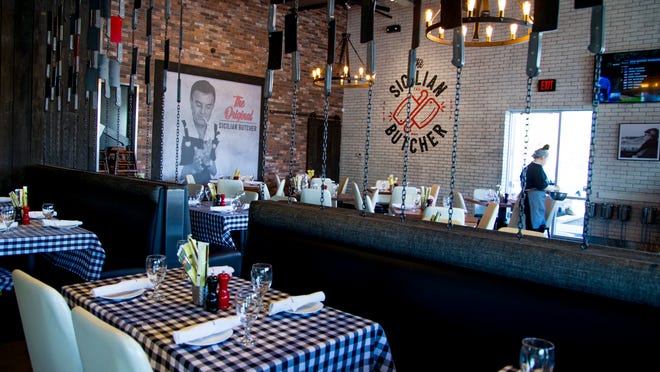 Joey and Cristina Maggiore’s Italian restaurants The Sicilian Butcher and The Sicilian Baker will expand with nearly 20 additional locations opening over the next four years, including the first restaurants outside of Arizona.

The Maggiore Group restaurants currently have three locations each in the metro Phoenix area and the group plans to open two more locations in the East Valley in addition to introducing the brand to Utah, Texas, Tennessee, Nevada and Colorado.

“It’s always a dream for restaurant owners to start a concept and have it become so valuable that people want to bring it to other states,” said Joey Maggiore.

The Maggiore Group is also responsible for the popular brunch destination Hash Kitchen and The Mexicano, and is set to open two new restaurants in the coming months: The Rosticceria, an Italian rotisserie with a build-your-own gelato bar, set to open in Phoenix in December, followed by a “refined” restaurant called Italiano that’s coming to Scottsdale in early 2023.

Building on the Maggiore family history in metro Phoenix and beyond

Maggiore said his passion for cooking was passed down to him by his late father, Tomaso, the beloved local chef behind Tomaso’s restaurant on 32nd Street and Camelback Road. He died in 2021 of cancer, leaving behind a legacy that his son is eager to carry on through his new restaurants.

“My father’s picture is on the wall,” Maggiore said. “So knowing that I can bring him to all these other areas and show the world the culinary recipes of the family is exciting.”

The expansion is in partnership with the Savory Fund, which previously invested $20 million to Maggiore’s brunch concept Hash Kitchen in 2021.

The Savory Fund has allocated $30 million to the investment in The Sicilian Butcher and The Sicilian Baker. The firm will own 51% of the brand and Maggiore will own a 49% share.

But Maggiore said he and his wife will still have “100% control over the food quality, the menus and all that we do, which is still amazing.”

When will the expansion take place?

The project will take place over the next four years and Maggiore said he would like to see the brand continue to grow even beyond what is currently planned.

“The goal is to take it as far as we can go,” Maggiore said. “To make a household name of [The Sicilian Butcher] would be something spectacular. To have our brand in every state… if we can get halfway there, I’d be ecstatic.”