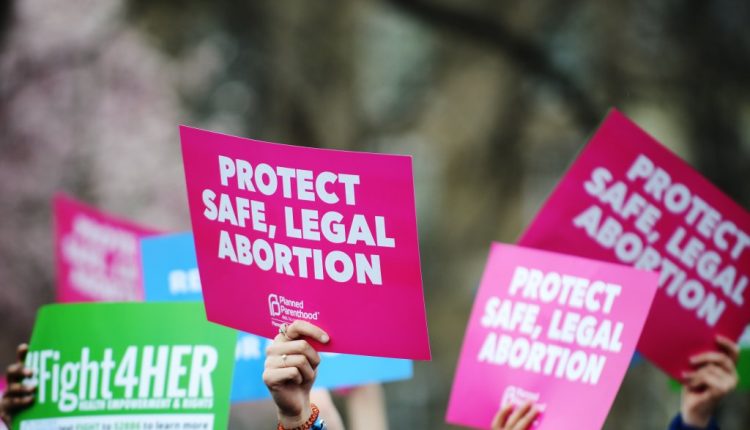 The Phoenix City Council is set to vote next week on a resolution that would condemn the rollback of Roe v. Wade and would make enforcing the state’s abortion ban the police department’s lowest priority.

“I think its imperative that the city of Phoenix, which is the fifth-largest and fastest growing city in the country – obviously the largest in the state of Arizona – to take a strong stand to make it clear we are a pro-choice city and we will do everything within our power and our authority to protect abortion care in our city,” Councilwoman Yassamin Ansari of District 7 told the Arizona Mirror.

The proposed resolution, set for discussion and a possible vote on Oct 11, officially opposes the U.S. Supreme Court’s decision in Dobbs v. Jackson, which rolled back federal abortion rights. The resolution would also condemn an Arizona law passed in the spring that bans abortion beyond 15 weeks of pregnancy, as well as a preexisting near-total ban that originated in 1864 but was reinstated into Arizona law Sept. 23.

If approved, the resolution would instruct Phoenix police to make enforcement of any applicable abortion laws the department’s lowest priority.

“I would like to see that there are no city resources used to enforce any sort of criminalization, whether that be for abortion providers or for patients,” Ansari said.

The Mirror reached out to the rest of the city council members to get their take on the resolution, but none of them responded by the time of publication.

The resolution calls on the state Legislature to repeal both the 15-week and the total abortion ban, as well as any other laws that restrict or deny access to abortion and to enact laws that protect access to it.

If Phoenix passes the resolution, it would be following in the footsteps of Tucson, which passed a resolution supporting abortion rights in June.

As soon as the Roe decision was leaked in early May, the Phoenix City Council began looking into how its various departments would be impacted if the right to abortion were overturned, Ansari said. It was obvious that the police department would bear the brunt of the impact.

For the past month or so, the council has been working toward consensus on resolution language that would direct policy for how city police would respond to reports of abortion law violations.

Phoenix police sent out a memo at the end of September giving dispatchers and officers guidelines on how to handle reported violations of the abortion ban. This is a common practice for departments when new laws are implemented.

In the memo, the department advises not to send patrol officers to investigate reports of abortion law violations, but for dispatchers to record reports and provide the information to a lieutenant and sergeant, who would assign an investigator.

The idea of a near-total abortion ban, like that one that is currently the law in Arizona, is not popular among voters. Just 9% of registered voters in Arizona believe that abortion should be illegal in all circumstances, according to a September poll by OH Predictive Insights. Arizona’s 1864 ban allows abortions only to save the life of the mother.

Since winning their Republican nominations, some Trump-backed Arizona candidates running for office in the November election have seemed to step back from their previous stances on abortion.

Kari Lake, a Republican former television reporter who is running for the governor’s office, had previously shown support for Arizona’s total ban on abortion and called the procedure “the ultimate sin.” But in an interview with local radio station KTAR earlier this week, she seemed to waffle, saying abortion should be “rare but legal.” Lake later walked back that statement, saying through a spokesman that abortion should be “safe but rare” and added that both the 15-week ban and total ban would fit within those parameters.

Blake Masters, a venture capitalist who is running for a U.S. Senate seat against incumbent Mark Kelly, previously said he was pro-life from the point of conception, endorsed a nationwide ban on all abortions. In a televised debate with Kelly on Thursday evening, Masters said he supported the 15-week ban and repeatedly dodged questions from the moderator about his previous stance. He’s been accused of changing the language about abortion on his campaign site in an attempt to win over moderates.