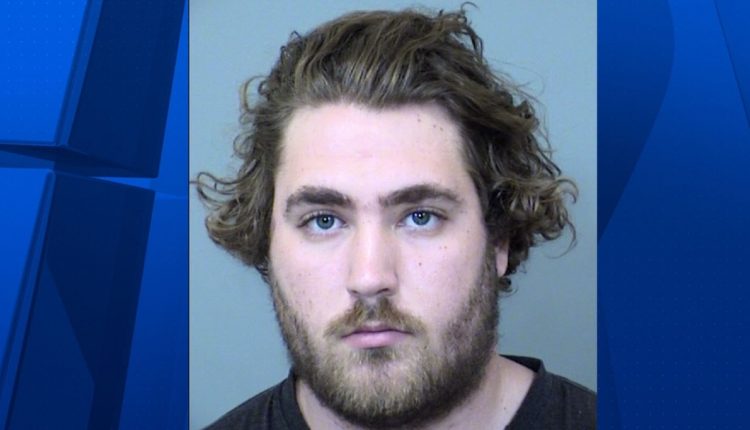 PHOENIX (3TV/CBS 5) — A Phoenix man is facing charges after investigators say he pretended to be a police officer and illegally detained a man at a convenience store last week. On Sunday, just before midnight, security guards called the Maricopa County Sheriff’s Office about a suspicious person. When they arrived, the guards showed them surveillance video from Friday of someone following their patrol car and stopping a man at a Circle K near 111th and Grand avenues in Youngtown. Video shows 22-year-old Anthony Michael Harper wearing a tactical vest and putting the man in handcuffs and searching him, investigators say.

Court paperwork says Harper told the man, “I am Officer Harper with the State of Arizona,” and told him to put his hands behind his back before taking him to his car. The security company identified Harper and told MCSO deputies, who went to talk to him about what happened. Harper told them he believed he was within his rights as a bail recovery agent to detain and search the man, but investigators said he didn’t have proper documentation. He also admitted he was not a certified security guard.

According to court documents, he told police, “a reasonable person would believe he was a police officer based upon how he introduced himself.” Police also spoke with the man, who said he believed he was being arrested by an officer based on how Harper presented himself, investigators say. Harper is not employed with any law enforcement agency. He was arrested on Monday and booked on one count of unlawful imprisonment and one count of impersonating a peace officer.