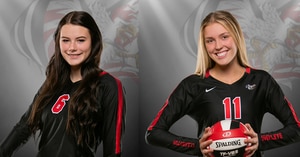 It was unclear Monday if the Laveen resident has a lawyer yet who can speak on his behalf.

DPS officials said Acosta was found unconscious at the scene of the Oct. 10 crash on Interstate 17 and was hospitalized with serious injuries.

Acosta was released from a hospital Friday and taken into custody.

Authorities believe Acosta was driving impaired at the time of the pre-dawn crash near New River, which is about 38 miles (61 kilometers) north of Phoenix.

DPS said 19-year-old Elaine Balberdi of Kula, Hawaii and Abriauna Hoffman and Magdalyn Ogden — both 18 and from Clarkston, Washington — died from injuries suffered in the crash.

The three women were freshmen and suitemates at the Phoenix college.

GoFundMe’s were established to help the families of Hoffman and Ogden.