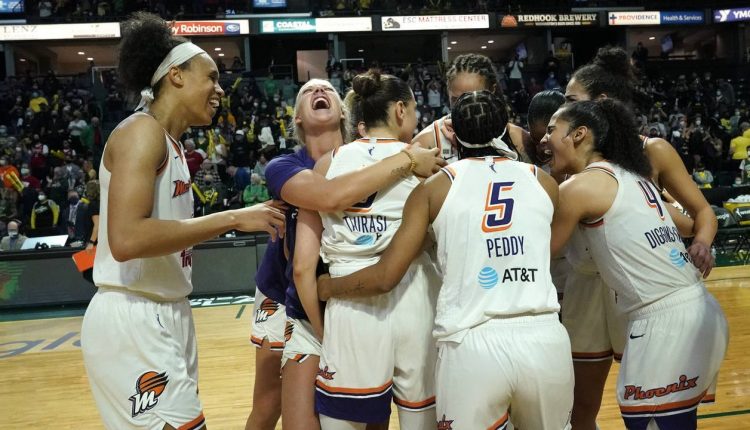 Not only did the Phoenix Mercury take an 85-80 win over the Seattle Storm in a singles elimination game to advance to the WNBA semi-finals on Sunday, they also took a win in their set match for the next series.

The number 5 Mercury would have had to face the best-placed Connecticut Sun in the best-of-five semi-finals if the number 3 seeded Minnesota Lynx had beaten the number 6 Chicago Sky. But because the Sky upset Lynx 89-76 in the other second round match-up on Sunday, Phoenix is ​​now facing the No. 2 Las Vegas Aces.

The comparison: Phoenix went 1-2 this year with an overtime win over Las Vegas with a combined point difference of +2. The aces went 24-8 during the regular season.

Against Connecticut, which was 26-6 that year, the Mercury lost all three matchups by a total of 34 points.

Phoenix’s final loss to the Sun on September 11th marked the end of a 10-game winning streak after the Olympic break and began a streak of three straight defeats to end the regular season.

Those defeats at the end of the year were sidelined with Diana Taurasi. She also missed an opening playoff win against New York Liberty before returning on Sunday to help Phoenix beat the storm in overtime.

Taurasi scored 14 points from the end with five assists on Sunday.

Phoenix will play the Aces in Las Vegas on Tuesday and Thursday before returning for Game 3 next Sunday. The first game in Arizona will not take place on the team’s home court at the Footprint Center due to a scheduling conflict.