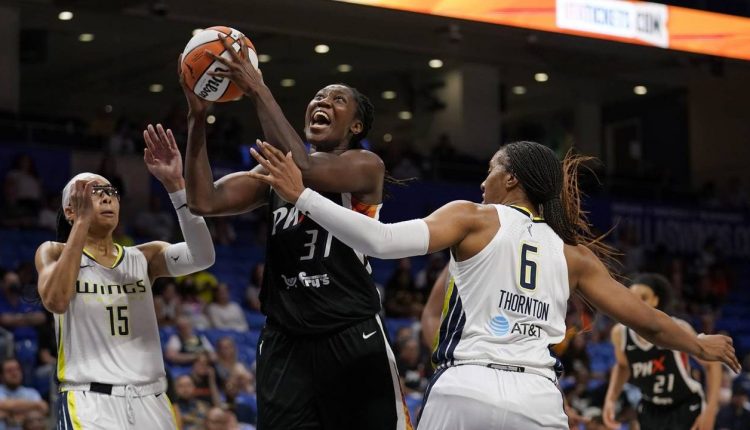 Phoenix Mercury fade late after comeback in loss vs Wings

Isabelle Harrison added 16 points, Marina Mabrey 14 and Allisha Gray scored 11 for Dallas. The Wings (7-8) snapped a four-game skid and won for just the second time since an 85-77 win over the Connecticut Sun on May 24.

Charles made a layup midway through the fourth quarter that gave Phoenix — which trailed by as many as 17 points — its first lead of the game at 80-79.

McCowan scored inside on the other end and Taurasi hit a 3-pointer to put the Mercury back in front. McCowan then tied it at 83-all with a layup and hit 1-of-2 free throws before Ogunbowale made a 3 with 2:05 left that made it 87-83.

The Mercury had won four of their last five.

Phoenix will next take on the Minnesota Lynx Tuesday at 7 pm from Footprint Center.