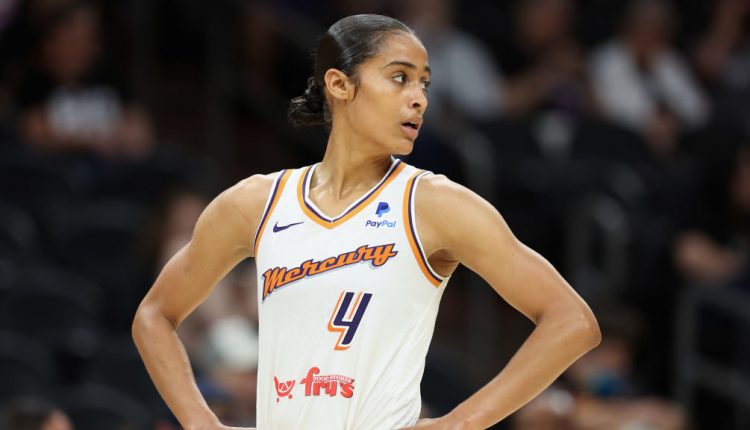 Skylar Diggins-Smith #4 of the Phoenix Mercury during the second half of the WNBA game at Footprint Center on June 27, 2022 in Phoenix, Arizona. The Mercury defeated the Fever 83-71. (Photo by Christian Petersen/Getty Images)

Diggins-Smith had a tremendous year for Phoenix in 2022, averaging 19.7 points, 5.5 assists and 1.5 steals per game. Her PPG was the highest of her career since 2014 and ranked third in the WNBA this season.

Diggins-Smith helped lead the Mercury to a 15-22 record and a return to the playoffs despite the season-long absence of Brittney Griner and a plethora of injuries. Diggins-Smith played a career-high 34.0 minutes per game and was one of six Mercury players able to play in at least 30 games.

She missed both of the Mercury’s losses in the postseason to the Las Vegas Aces due to personal reasons.