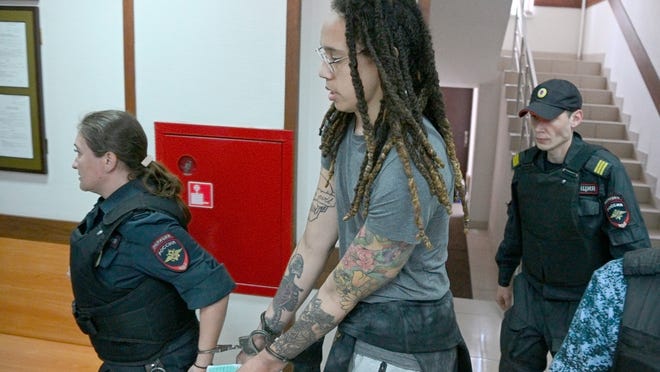 A Russian court rejected her appeal of her nine-year sentence for drug possession last month.

“Brittney was transferred from the detention center in Iksha on the 4th November. She is now on her way to a penal colony. We do not have any information on her exact current location or her final destination,” the statement from her legal team said .

White House press secretary Karine Jean-Pierre said in a statement, “Every minute that Brittney Griner must endure wrongful detention in Russia is a minute too long. As the Administration continues to work tirelessly to secure her release, the President has directed the Administration to prevail on her Russian captors to improve her treatment and the conditions she may be forced to endure in a penal colony.As we have said before, the US Government made a significant offer to the Russians to resolve the current unacceptable and wrongful detentions of American citizens .”

Griner, an eight-time all-star center with the WNBA’s Phoenix Mercury and a two-time Olympic gold medalist, was convicted Aug. 4 after police said they found vape canisters containing cannabis oil in her luggage at Moscow’s Sheremetyevo Airport.