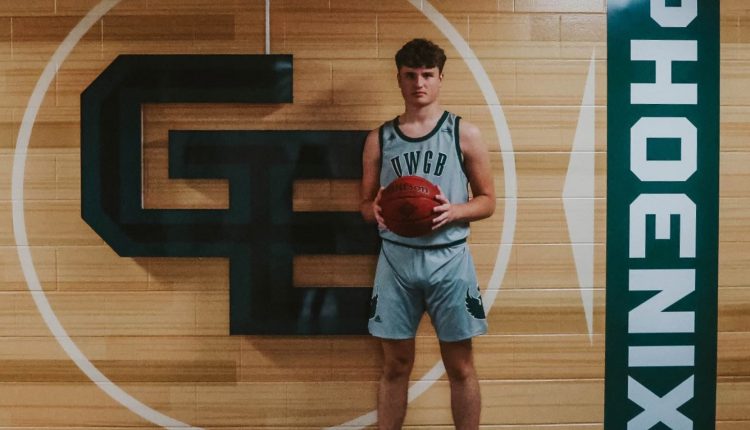 Hartland Arrowhead’s Mac Wrecke and Neenah’s Cal Klesmit both gave their verbal commitments in early September to play for the Phoenix beginning in fall 2023.

According to prepshoops.com, Wrecke is the No. 3-ranked senior in the state, while Klesmit is No. 5.

Per NCAA rules, Green Bay coach Will Ryan is not allowed to comment on potential recruits until they sign a letter of intent.

The Phoenix are coming off a 5-25 season, including a 4-16 mark in the Horizon League.

In Ryan’s two seasons, Green Bay has an overall record of 13-42.

“Mac is a tremendous scorer — he can get to the rim, shoot the midrange and make threes,” he said. “As a junior, he set the school record for most made 3-pointers in a season while shooting 40% from beyond the arc. Mac also made the most free throws in the state last season.”

Not to be outdone on defense, Wrecke, a 6-foot-5 guard, is a two-time, first-team all-state selection.

“Mac will be the first four-year varsity starter in my 24 years as head coach,” Haase said. “He has scored 1,494 points in his career, which is the second all-time. He only needs 72 points to become the all-time leading scorer in Arrowhead history.”

Wrecke averaged 20.7 points per game last season for the 19-7 Warhawks and said he’s excited to suit up for the Phoenix.

“It’s awesome to have it behind me — the stress is off my shoulders,” he said. “Parts of the recruiting process were fun, but generally, I’m glad it’s over.”

Wrecke also had a solid Division I offer from Wofford but said Green Bay is a better fit.

“I have a great relationship with their coaches and like their style of play,” he said. “I think they’re building something good. It means a lot to me that Coach Ryan is trying to bring kids to Wisconsin.”

Before heading to UWGB, Wrecke said he and his Warhawks teammates have some unfinished business to take care of during his final high school season.

“The main goal is to get to state,” he said. “We’ll be one of the best teams in the state – we only lost one player from last year. There’s a junior on the team whom I think will go Division I, and another senior probably going Division II.”

“Green Bay is getting a skilled left-handed guard with great finishing skills and court vision,” he said. “When the basketball is in his hands, you better be ready to catch and score – he’s a terrific passer. Besides his skill set, he brings competitiveness, a team-centered attitude and a
winning mentality. I’m excited for both Cal and the Green Bay program.”

Klesmit, a 6-foot-2 guard, was part of Neenah’s 2021-22 Division 1 state championship team — although he missed the entire season with a torn ACL.

Rabas put Klesmit into the championship victory over Brookfield Central to run out the final seconds.

“I’m excited. I’ve been going to Green Bay games since I was a little kid,” Klesmit said. “I’m glad they’re taking a chance on me.”

“The recruiting process was fun and stressful, thinking I’d have to make a decision soon,” he said. “I think Green Bay values ​​me as a player and person, even when I got hurt. They’ve shown they care about me.”

“It was the last AAU (Amateur Athletic Union) game of that summer,” he said. “I jumped up, and gave it out. I’m mostly recovered now. I played some AAU games this summer, and I’ll be at full strength this basketball season.”

Klesmit said he was a role player his freshman year at Neenah but became more of a consistent player as a sophomore.

“I was one of the main players on my team sophomore year – a facilitator, too,” he said. “People will probably count us out this season, but that’s what we want. We have the talent and the coaching staff to get back (to Madison).”

Klesmit also had Division I offers from Toledo, Wofford and SIU-Edwardsville.