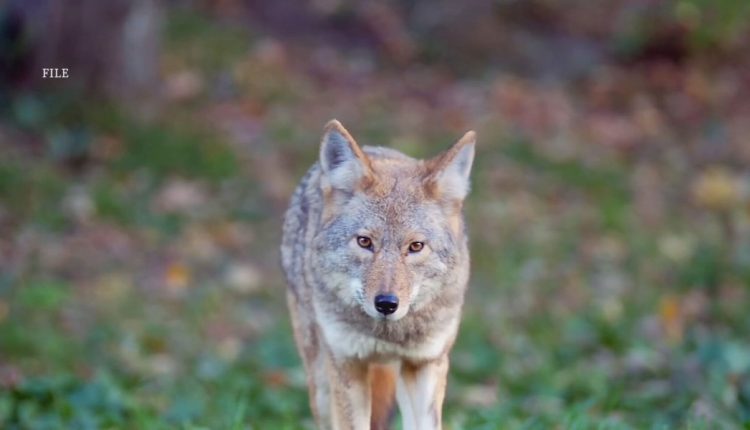 PHOENIX (3TV/CBS 5) – If you’ve lived in the Valley long enough, you’ve probably seen a coyote or two running around your neighborhood. Now, one north Phoenix community says they’re overrun by packs of coyotes targeting their pets.

The Bragg family started calling Arizona Game and Fish Department when coyotes started jumping their 6-foot backyard wall near State Route 51 and Greenway Avenue. Just this past weekend, one of the coyotes jumped it again, killing one of their three dogs, 16-year-old Bailey. “I looked at the yard, there was my dog. My white dog, laying, shaking and his mouth kept going like that,” said Susie Bragg. “My husband took him in the bathroom and that’s where he died in a few minutes.”

The coyotes were also seen at Whispering Wind Academy. Luckily, no students were around, and maintenance workers chased the coyotes off. They also come to Lia Thuneman’s backyard, where her two dogs used to sunbathe. “Unfortunately we have to keep them completely locked up at this point,” said Thuneman. “A couple of years ago you would see one to two of them on the street but now its a daily and nightly occurrence.”

Thuneman, like the Bragg’s, who lost their dog, have contacted Arizona Game and Fish to do something about the coyotes. “Why isn’t someone coming here to take them out?” said Bragg.

“Essentially, all we would be doing is taking a problem animal and moving it to another location,” said Darren Julian, an urban wildlife specialist with Arizona Game and Fish Department. Julian said moving coyotes is not as simple as it sounds. It’ll bring the problem packs to someone else’s neighborhood, open up the territory to other coyotes, and the ones you got rid of could always find their way back. “Essentially, it’s living with coyotes on our terms, teaching them our pets are not a food voice, be active, hazing them chasing them away, making them feel unwelcome,” said Julian.

Majority of Arizonans trust elections, despite persistence of election denialism