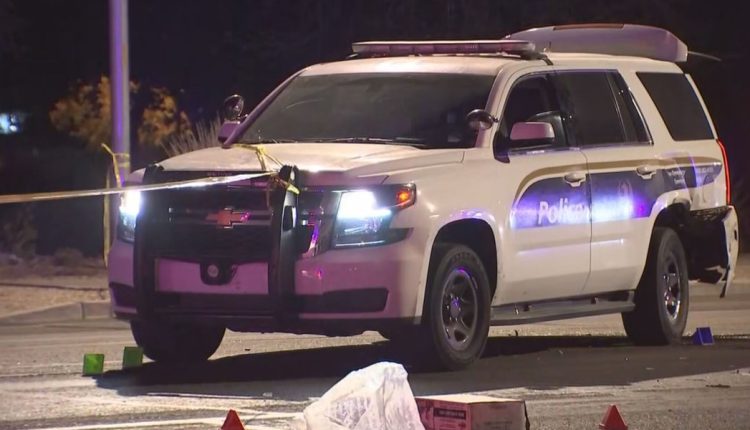 PHOENIX (3TV/CBS 5) — A woman is dead after being struck by a car and an officer was later injured by a suspected impaired driver while trying to secure the scene in south Phoenix.

Police say 25-year-old Nakita Lupe was trying to cross Southern Avenue in a dark area near 30th Avenue around midnight when the crash happened. She was pronounced dead at the scene. The driver cooperated with the police and impairment is not suspected.

While officers were still investigating over an hour later, another vehicle crashed into a parked Phoenix police SUV that was blocking Southern Avenue. The officer inside wasn’t seriously hurt, but was taken to an area hospital as a precaution. Police say 21-year-old Dai Zhawn Harris hit the patrol vehicle and was arrested after failing a sobriety test.

A woman was killed while crossing the street near 30th and Southern avenues around midnight.(Maricopa County Sheriff’s Office)

Both accidents are still being investigated.

U.S. Senate Democrats make a last-ditch push for a pathway to citizenship for Dreamers