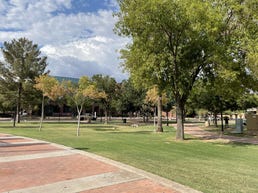 A US Court of Appeals ruled Friday to reverse the dismissal of a lawsuit from Sgt. Juan Hernandez, a Phoenix police officer, who said the Phoenix Police Department violated his First Amendment right to freedom of speech for attempting to discipline him for anti-Muslim Facebook posts he shared in 2013 and 2014.

The lawsuit, filed against the Phoenix Police Department in October 2019, was dismissed by the US District Court in Arizona in May 2021, but Hernandez appealed the ruling in November 2021, according to court documents.

“Although it seemed likely that Hernandez’s posts could impede the performance of his job duties and interfere with the Department’s ability to effectively carry out its mission, no evidence of actual or potential disruptive impact caused by Hernandez’s posts was properly before the panel at this stage of the proceedings,” Judge Paul J. Waterford of the 9th US Circuit Court of Appeals wrote in the court opinion.

Hernandez had also argued the Phoenix Police Department’s social media policies were “overbroad and vague,” but the Court of Appeals upheld the District Court’s dismissal of that claim.

The executive director for the Arizona branch of the Council on American-Islamic Relations, Azza Abuseif, responded to the court ruling, saying in a statement that the Facebook content the officer shared “draws into question his ability to treat members of the Muslim community fairly in accordance with the law.”

“Officers who hold such views threaten the work of their departments, and we expect that the Ninth Circuit will recognize the department’s legitimate interest in ensuring that anti-Muslim bigotry is removed from its ranks,” Abuseif said.

Hernandez’s posts, which were all shared in the early and mid-2010s, included multiple memes and news articles that he posted off-duty on his personal Facebook page and that were disparaging toward the Islamic faith.

The posts were brought to light again in 2019 after the Plain View Project, which has created a database of social media posts from police officers across the country, shared a collection of posts made by officers at the Phoenix Police Department that “reflected bias against racial or religious minorities or contained content that would be offensive to members of such groups,” Waterford wrote in the opinion.

“This is such a dangerous Islamphobic rhetoric,” Abuseif said in a text message to The Arizona Republic. “Those of us from marginalized communities know just how deeply hate and disinformation results in the violence our communities face.”

The 9th US Circuit Court of Appeals remanded the case, meaning as of now it has been sent back to be argued in the US District Court.