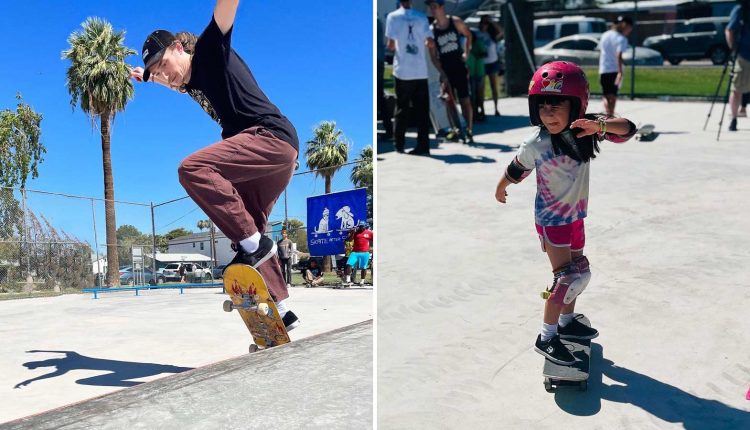 PHOENIX – An underused public tennis court at a Phoenix park has new life after being transformed into a skate plaza.

“Parks are essential to community health, and this skate plaza will give kids and families in this community a safe place to skate and spend time together,” City Councilman Carlos Garcia said in a press release.

The Arizona Lottery’s Gives Back program dedicated more than $20,000 for the transformation project in partnership with the Phoenix Parks and Recreation Department and Skate After School.

Skate After School is a nonprofit group that offers skateboard programming to K-12 students from eight Valley schools, including four that will use the Perry Park Skate Plaza as their base.

“After working closely with residents and stakeholders we are looking forward to seeing the public enjoy the skate plaza and many other future planned improvements at Perry Park,” Phoenix Parks and Recreation Director Cynthia Aguilar said in the release.

Perry Park other amenities include basketball courts, a playground and a pool. The park, which is lighted, is open daily from 5:30 am to 11 pm