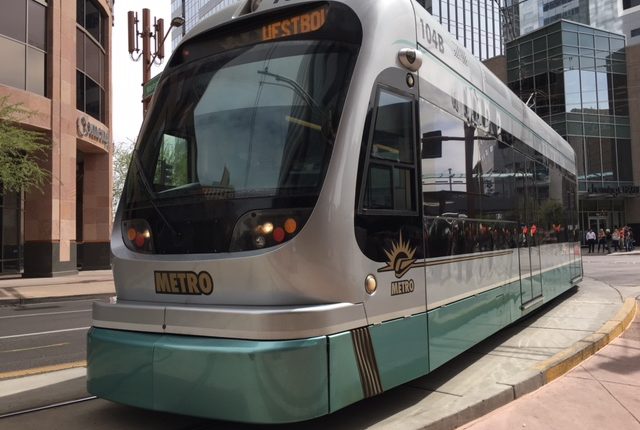 As construction continues on two extensions to the Phoenix light rail, officials are optimistic about adding more. On Wednesday, Deputy City Manager Mario Paniagua told the city’s transportation subcommittee that federal funding available over the next five years is nearly double what it was in the previous five years.

“Our next planned expansions, as you know, are to the State Capitol and I-10 West once the South Central and Metrocenter expansions are complete. So we are very excited about the opportunities here to help fund our light rail system,” he said.

Phoenix must bid for the light rail grants, which are part of the federal Infrastructure and Employment Act of 2021, also known as the bipartisan infrastructure bill. It includes $1.2 trillion over five years for transportation, electric vehicles, water, broadband and other projects.

Based on an allocation formula, the Phoenix Aviation Department expects $222 million and the Public Transit Department $300 million. Billions in additional funds will be available through competitive grants.

Competing for grants, Paniagua said projects with regional benefits were likely to receive more funding. And, he said, the funding will also be equity focused.

“The Justice 40 initiative that President Biden signed into an executive order stating that 40% of all benefits from federal investments must go to disadvantaged communities,” Paniagua said.

That means communities with obstacles like high poverty rates, poor air quality, and hazardous waste dumps. For example, the U.S. Environmental Protection Agency (EPA) announced it would use $1 billion from the bipartisan infrastructure bill to clear the backlog of 49 unfunded Superfund sites and expedite clean-ups at dozens of other sites.