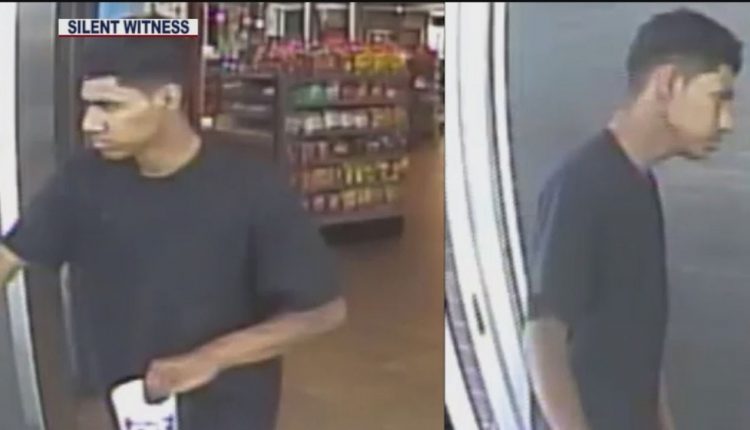 PHOENIX – – Silent Witness is looking for a man who reportedly drove a stolen car into another vehicle while the victim was inside.

The incident began when a woman’s car was stolen from an EOS Fitness parking lot near 75th Avenue and Encanto Boulevard on March 30, according to Phoenix Police. Her purse and credit cards were in the vehicle.

The next day, the victim was informed that her credit card was being used at a QuikTrip gas station near 83rd Avenue and by McDowell. Her friend drove her to the QT and they found her car in the parking lot, police said.

Officers say the suspect drove the stolen car into the friend’s car and escaped.

The suspect is described as a Spanish man between 18 and 25 years old with a thin build and short black hair. He was spotted on camera in a black shirt, tan pants and a long belt.

Anyone with information is encouraged to contact Silent Witness at 480-WITNESS.

Get the latest news notifications in the FOX 10 News app. It’s free! Download for Apple iOS or Android.