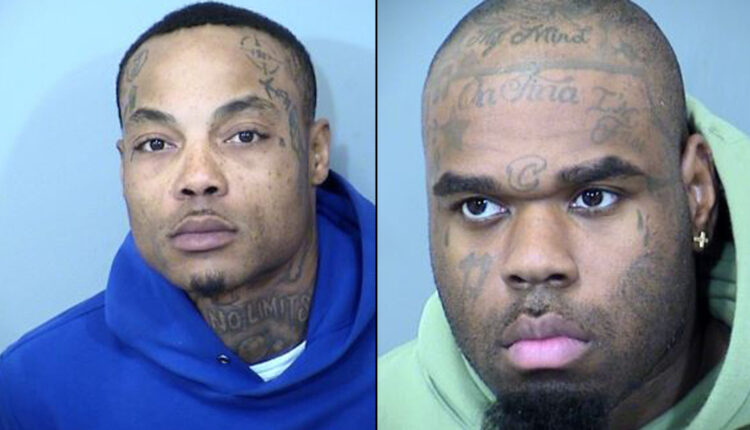 PHOENIX – Two men accused in the murder of a 19-year-old man on New Year’s Day were arrested on Thursday, Phoenix police said.

Gary Green, 35, and Randale Thomas, 30, were booked into the Maricopa County Jail on first-degree murder and other felony charges in connection with the shooting death of Leon Greer and a non-life-threatening gunshot wound of another man, the Phoenix Police Department said in a press release.

The shooting occurred just before 2:30 am on Jan. 1 while Greer and the other man were driving near the intersection of Jefferson and 16th streets, authorities said.

After the shooting, Greer and the other injured man drove to an area near the intersection of Broadway Road and University Drive where officers and fire personnel found Greer suffering from a gunshot wound, the Phoenix police said.

Greer was taken to a hospital, where he died, authorities said.

Police learned during the investigation that the injured passenger was driven to a hospital before they arrived at the scene, authorities said.

Snow has a connection to science in Flagstaff