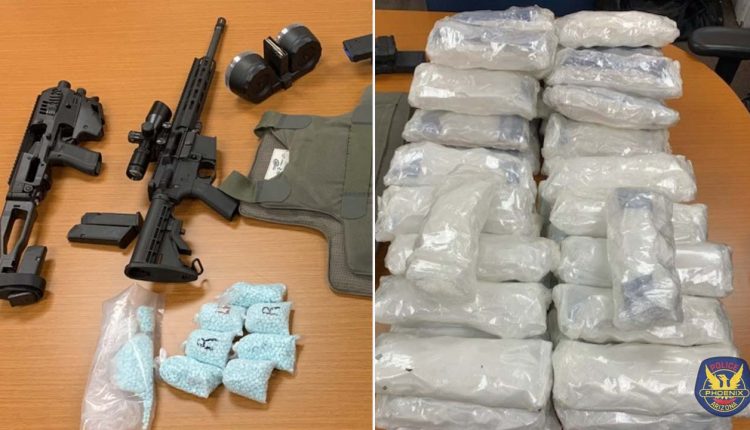 Police say a stolen AR-15, 68 pounds of meth, and 8,000 fentanyl pills were found inside a man’s apartment in Phoenix. (Phoenix Police Department)

PHOENIX – Phoenix Police say an investigation into a domestic violence incident led to the seizure of a stolen rifle, methamphetamine, and fentanyl from a suspect’s apartment.

policy say officers responded to an incident involving a suspect who intimidated his mother and girlfriend with a gun. The man reportedly fled the scene, but not before he was found by police with a stolen AR-15 and a 100-round drum magazine.

Additionally, 68 pounds of meth and 8,000 fentanyl pills were found inside the man’s apartment.

The suspect’s identity was not released.

No further details were released by the police.