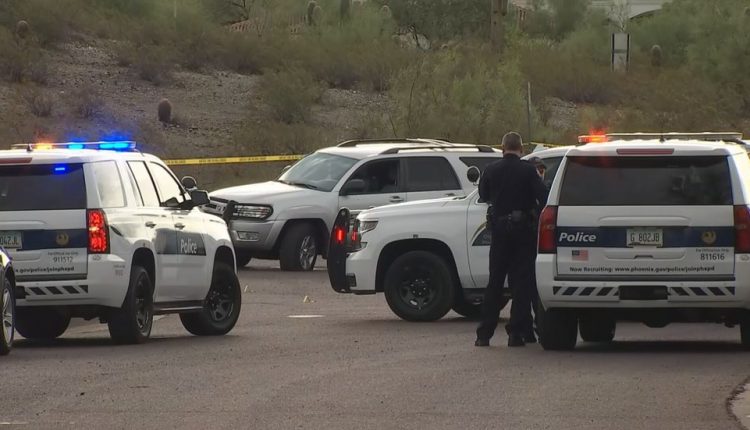 PHOENIX (3TV/CBS 5) — Phoenix police have located an SUV that was stolen during a carjacking and shooting Monday at a West Valley shopping center.

Tuesday morning, police were seen surrounding an SUV matching the one that was stolen in a neighborhood on Dunlap north of the Phoenix Mountain Preserve. The driver’s side front tire was flat, but it’s unclear how police found the SUV or if anyone has been arrested.

This all stemmed from an incident that began around 11:30 am Monday at the Peoria Crossing shopping center at 91st and Northern avenues near Loop 101. Police say the suspect approached a shopper in the parking lot and a fight began. That’s when the suspect reportedly hit the other man in the head and shot him in the leg. He then stole the man’s gray 2004 Toyota 4Runner.

The man who was shot was taken to an area hospital and he’s expected to be OK. Police say the crime appears to be random and that the two men didn’t know each other.