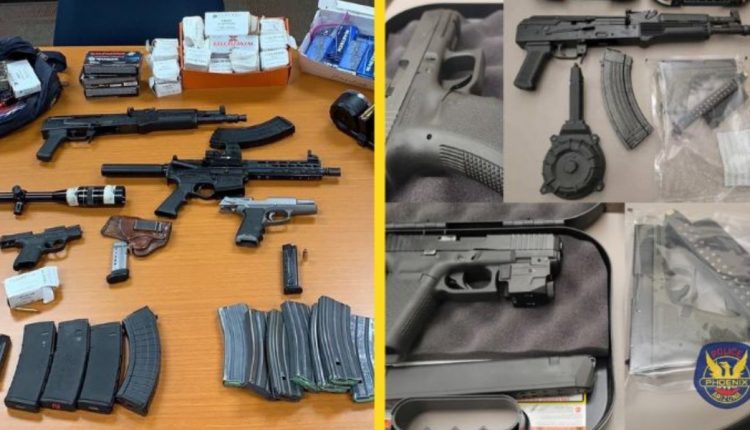 PHOENIX (3TV/CBS 5) — In just over a month, Phoenix police have seized hundreds of guns as part of a new crime crackdown initiative.

Back in June, Phoenix police, Mayor Kate Gallego and others announced a new, focused enforcement to curb the rise of gun violence-related incidents across the Valley called “Operation Gun Crime Crackdown.” The operation officially began in early July with a goal to take guns away from criminals and others who can’t legally possess them.

From July 5 through Aug. 15, Phoenix police seized 711 guns. Of those, more than a dozen were equipped with some type of conversion device that makes the weapon fully automatic. During that time, officers also made 526 gun crime-related arrests.

“Operation Gun Crime Crackdown” is a collaboration between Phoenix police, the Bureau of Alcohol, Tobacco and Firearms, and the Maricopa County Attorney’s Office. Since the operation began, ATF agents have been working directly with Phoenix detectives to analyze evidence from shooting scenes. In addition, supervisors with the MCAO have also been assigned to work with police to review gun cases.