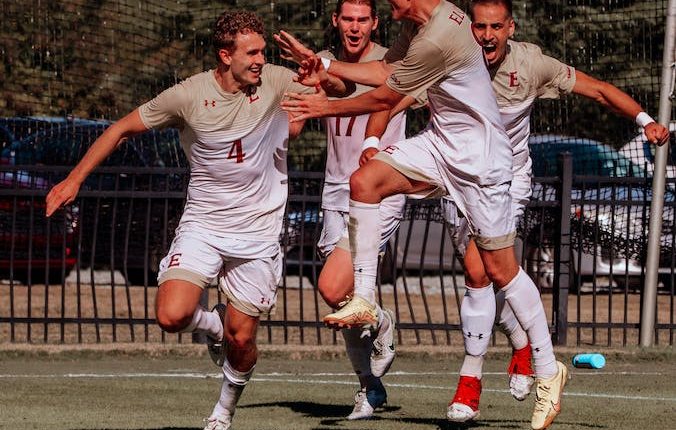 After leading Elon University Men’s soccer to one of its most historic seasons, head coach Marc Reeves was unanimously awarded the Colonial Athletic Association head coach of the year on Nov. 2. Reeves becomes the first coach of the year for the Phoenix since Darren Powell won the honor in 2013.

Reeves wasn’t the only Phoenix presented with a prestigious award, as senior defender Vemund Hole Vik took home CAA’s defensive player of the year. Hole Vik was a member of a Phoenix backline that recorded a total of 10 shutouts, tying the most they have ever recorded in a single season. The backline also allowed the fewest goals by any Phoenix team with just nine in the 16 game season.

Hole Vik becomes just the second ever Phoenix to be named defensive player of the year.

The awards add to the sensational season for the Phoenix.