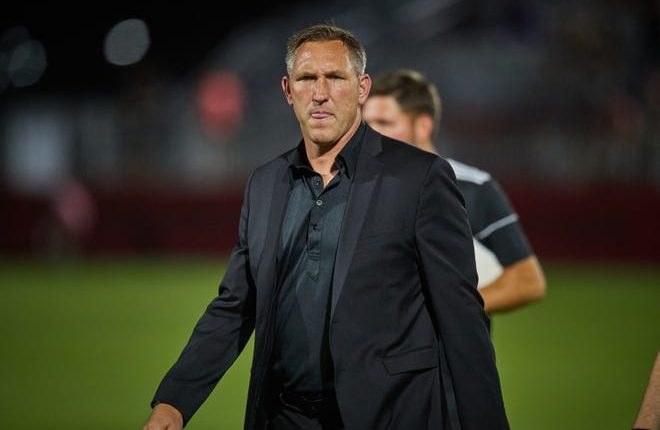 Phoenix Rising FC announced Wednesday morning that the club has mutually agreed to part ways with manager Rick Schantz. Schantz will be replaced by assistant coach Danny Stone as interim manager until the club names a permanent manager.

Schantz managed seven games as interim manager in 2017 before permanently taking the reins in 2018. Since then, the club had a record of 80-21-34. He twice led Rising FC to the USL final and twice posted the best record in the Western Conference.

“Rick Schantz raised the bar to a whole new level, not only for Phoenix Rising but the entire USL Championship,” general manager Bobby Dulle said in a statement. “The 20-game win streak, two conference titles, being the highest-scoring team in North America in each of the past three seasons – the success Rick helped this club achieve is astounding. I want to thank him on behalf of our owners, front office and fans for everything he accomplished at Phoenix Rising. We all wish him the best of luck in the future.”

This season, though, brought different fortunes.

After a decent start, Rising FC plummeted in the table from May to July, at one point going winless in nine straight games. It snapped that streak with a 4-0 win over the Colorado Springs Switchbacks on July 30, but then drew, 0-0, with the Las Vegas Lights on Aug. 6. The final straw for Schantz came on Friday against Orange County SC, when Rising FC lost, 2-1.

With that defeat, Rising FC now sit four points outside the playoff places with 10 games to go.

“”I want to thank the owners, staff and especially all the players I was fortunate to work with these past five years,” Schantz said. “I have put my heart and soul into Phoenix Rising. It’s now time to turn over this amazing club to a fresh voice. I will forever remember the great moments we’ve had together.”