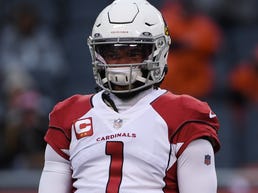 Phoenix Rising will look to break a streak of three consecutive 0-0 draws on Saturday night at Wild Horse Pass when they take on the Colorado Springs Switchbacks. The match will be broadcast on Bally Sports Arizona and ESPN+.

Rising’s streak of draws is its first three-game stretch without a loss since April. However, they’re still in an unprecedented nine-game losing streak, dating back to May 28.

Saturday could see the debuts of Phoenix’s most recent additions. This week, they signed US U-20 national team defender Marcus Ferkranus on loan from LA Galaxy and then traded Marcus Epps in exchange for JJ Williams from FC Tulsa. Both players could work their way into the starting XI — especially Williams, who has scored nine goals this season and enters a group that desperately needs a goalscorer.

Colorado Springs, though, will be a tough test for Rising. They’re in third place in the Western Conference with 40 points from 21 matches.

Hadji Berry, last year’s golden boot winner, has again been Colorado Springs’ most dangerous attacking player. He has 12 goals and eight assists, which are both team highs.