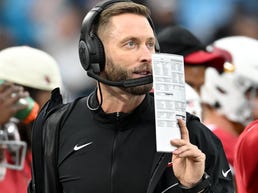 Gabi Torres scored his second goal in a Phoenix uniform in the loss, which eliminated Rising from playoff contention. Rising’s final match of the 2022 season is set for next Saturday, October 15, at Wild Horse Pass.

Tonight, Ben Lundt made an outstanding save in the eighth minute, slapping a shot by RGV’s Ricky Ruiz away with his left hand. Two minutes later, Ruiz put Juan Pablo Torres in on goal with a sharp through ball. Torres sprinted towards the goal and fired a right-footed shot from the center of the box that hit Lundt in the chest and dribbled over the end line for a corner kick.

Phoenix fired back in the 16th minute when Greg Hurst worked his way by a Toros FC defender. Off to the right side of RGV goalkeeper Tyler Deric, Hurst took a shot from a bad angle that slipped under the right hand of the goalkeeper, but the attempt rolled just wide of the post and out for a goal kick.

Torres found himself in space in the left side of the area in the 37th minute. He cut back to his left foot and curled a shot to the back post, but the chance smacked off the bar and skipped back into play.

RGV took a 1-0 lead just before halftime when Torres slipped a pass to the right side of the area to Jonas Fjeldberg. The forward’s right-footed shot slipped under Lundt and settled into the bottom left corner to give the home team a one goal advantage.

Rising came out of the locker room and made it a 1-1 game just three minutes into the half when Hurst played Torres through and in on goal. Approaching goal from the right side, Torres slipped a low shot under Deric that caught the inside of the far side netting to tie the game in the 48th minute.

RGV took a 2-1 lead in the 55th minute when Fjeldberg took a pass from Torres on the right flank. The forward cut back and hit a shot past Lundt and inside the far post for his second of the game.

Baboucarr Njie earned a penalty kick for Rising in the 74th minute. Aodhan Quinn stepped in to take the kick, but Deric guessed correctly and made a diving save to his right side to keep the final score line, 2-1.