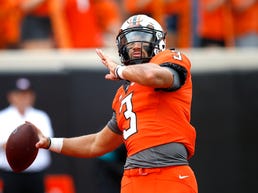 Pregame at Wild Horse Pass felt, somehow, just a bit different. Whether it be because of the weather or an unfulfilled sense of optimism, 8,615 turned up to watch Phoenix Rising take on Oakland Roots. The South End filled from side to side, with supporters in full voice. And Rising, for all their struggles since late Spring, had an opportunity to draw within two points of a playoff spot.

Then the game started. Then everything felt the same. Then Rising lost, 2-0.

This time, it took just five minutes for misery to set in. Rising gave winger Lindo Mfeka seemingly endless time inside the final third, allowing him to step into space, cut into the middle of the pitch and pick out the bottom left corner from outside the box.

Afterwards, caretaker manager Danny Stone — an assistant who stepped in with manager Juan Guerra out due to an agreement with Oakland, his former club — blamed Rising’s defensive frailty on its offensive carelessness. “The game was played in transition moments from our mistakes,” Stone said. “So I think when that happens, those are difficult situations to recover.”

Certainly, that was the case on Oakland’s second goal, a transition goal from Mfeka. The first, though, was simply a lack of defensive intensity.

“In some moments, a bit of intensity and bravery in the competitive aspect of the game (was missing),” Stone said.

For Rising, that’s been an unwanted theme throughout the season — from the since-sacked Rick Schantz to Guerra and now to Stone. On Saturday, it wasn’t the only theme that resurfaced.

Again, Rising didn’t create enough chances, producing just 0.79 expected goals. And when they did create chances, they didn’t finish them.

The most glaring example of that came in the 60th minute when winger Santi Moar missed a point-blank header with half the goal to aim for. Moar’s miss was especially frustrating as it came in the middle of Rising’s strongest stretch of the game.

“The first 20 minutes of the second half, we had enough good possession of the ball and were playing in the attacking half,” Stone said. “…Even at 2-0 down there, if we had taken a moment early in the second half, then I think that could have galvanized us.”

Instead, Rising quickly reverted to their earlier struggles. Over the final half hour, they didn’t produce a single chance with more than a 5% chance of scoring, according to Opta.

At the end of it, they were left to face the reality of another putrid performance in a putrid season.

Internally, Rising won’t admit the season is over. They can’t. With six games to play and five points to make up, there’s still a mathematical possibility.

But the full picture bears a far different truth. Rising now have six teams between them and a playoff spot. Yes, they’re five points out of the postseason, but they’re also just one point above last place in the Western Conference. And despite having a team of veritable USL all-stars, they haven’t consistently looked like a coherent side once this season.

“Early in last season, we got ourselves quickly into a winning habit and that does become and stay a habit when you win games,” Stone said. “I obviously think early on in (this) season, we had a run where we won six games in a couple of weeks and didn’t manage to quite keep pushing from that point. So past that point in the season has been very up and down.”

As it often is in coachspeak, Stone’s assessment of “very up and down” can be interpreted as “a whole lot of down and a glimpse or two of up.”

For the past three months — since their nine-match winless drought began in June — Rising’s coaches and players have struck an optimistic tone, promising that their superior talent would shine through. But even after snapping the drought with a comprehensive 4-0 win over Colorado Springs back in July, Rising’s struggles didn’t dissipate.

With just one win in the last six, there continue to be more downs than ups. And now, with six matches left, the season is tipping over the precipice.