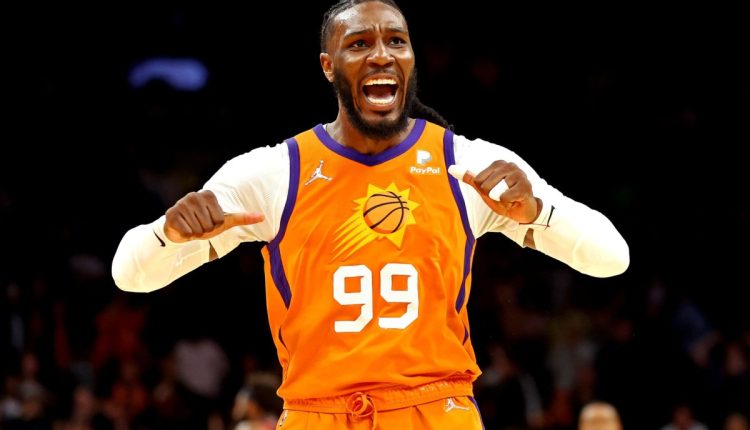 From the very moment that the Phoenix Suns lost in the Western Conference Semifinals a season ago, it seemed like their marriage with Jae Crowder was coming to an end.

With the veteran forward wanting a contract extension heading into the final year of his contract this past offseason, an extension Phoenix did not offer him, and the Suns moving to Cameron Johnson as their starting power forward, Crowder requested a trade from the team shortly ahead of training camp.

While the Suns did attempt to move Crowder ahead of the start of the 2022-23 regular season, they were unable to reach an agreement on a deal they liked.

Now 14 games into their season, general manager James Jones and the Suns’ front-office have re-engaged with teams on trade conversations surrounding Crowder with a handful of playoff contending teams expressing interest in the veteran, one of which is the Milwaukee Bucks, sources told Fastbreak on FanNation.

The Bucks made a move during the 2020-21 season to trade for veteran forward PJ Tucker and many around the league see some similarities with Milwaukee potentially making a move for Jae Crowder. Being a versatile forward that is known for his three-point shooting and instinct on the defensive end of the floor, Crowder would be a key addition for the Bucks, a team that believes they have just about everything they need to contend for another title .

While they are currently a taxpaying team, the Bucks have been making fifth-year guard Grayson Allen available in trade talks and his name has come up in discussions pertaining to Crowder and the Suns, a source confirms to Fastbreak.

It is no secret around the league that Milwaukee is looking to add some more frontcourt help and Jae Crowder could certainly fill this hole that they currently have.

As for the Suns, they are looking to bring back the best immediate value in a trade involving Crowder instead of adding future draft picks and young talents. Given Allen’s ability to play at a high-level on both ends of the floor and potentially with the second-unit, he could be viewed as a key addition for Phoenix if they were to strike a deal with Milwaukee.

Ahead of the Phoenix Suns game against the Golden State Warriors on Wednesday night, NBA insider Marc Stein reported that the Suns have “made progress” in regards to a potential deal involving Crowder amidst a cryptic post on Instagram by the Suns’ forward.

Phoenix has found a lot of success early on this season, but their depth has been challenged, especially with Cameron Johnson currently being sidelined due to a right meniscus injury that required surgery and Chris Paul missing the team’s last four games due to a heel injury.

Moving Crowder gives the Suns a chance to capitalize on his value while they still can, while also adding onto their depth in order to make a real championship push in the Western Conference.

There is no deal finalized at this time between the Bucks and Suns, as Phoenix continues to gauge interest and field offers from other teams showing interest in Jae Crowder.

The Fast Break Podcast hosted by our own board seal is now LIVE!

Be sure to catch up on the latest news and intel from around the league by checking out The Fast Break Podcast, now streaming on Apple Podcasts other Spotify with new episodes releasing every Friday.