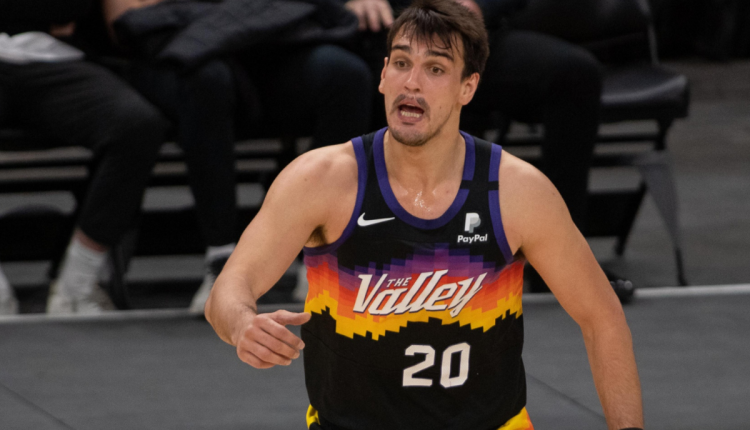 Phoenix Suns center Deandre Ayton commanded plenty of attention over the course of the offseason, and perhaps rightfully so when he’s still probably counting the money handed over in his four-year, $133 offer sheet that was matched by the team.

However, not many people are talking about the return of fellow big man Dario Saric from injury.

Saric, the No. 12 pick in the 2014 NBA Draft, eventually joined Phoenix in 2019 but missed all of last season due to injury. He tore his ACL in Game 1 of the 2021 NBA Finals and underwent meniscus surgery prior to the Suns’ second round meeting with the Dallas Mavericks.

Had Ayton departed, Saric would be a prime candidate to rebound in a major way thanks to the opportunity at hand.

However, ESPN’s Dave McMenamin included Saric in a piece that detailed what to expect when prominent players return from injury.

While Saric may not be on the same level as noted superstars Kawhi Leonard, John Wall and Ben Simmons (among others who made the article), he indeed could provide the Suns with a needed boost next season:

“Saric ruptured his right ACL in Game 1 of the 2021 NBA Finals on July 6, 2021, and hasn’t played since. Nearly 10 months into his rehabilitation, he went back under the knife to repair the meniscus in his right knee while the Suns were beginning their second-round playoff series against the Dallas Mavericks.

“Before his knee injury, Saric was a trusted backup big man for Phoenix Suns coach Monty Williams, having also played for him in Philadelphia when Williams was a 76ers assistant. In the COVID-19-shortened 2020-21 season, Saric averaged 8.7 points on 44.7% shooting (34.8% from 3) and 3.8 rebounds in 50 games for the Suns.

“The Suns have cycled through a wave of big men since Saric was injured, with JaVale McGee, Frank Kaminsky, Jalen Smith, Bismack Biyombo and Ish Wainright all getting a look. With McGee signing with Dallas as a free agent, Phoenix traded for another center, Jock Landale, who averaged 4.9 points and 2.6 rebounds in 10.9 minutes per game for the San Antonio Spurs last season.Phoenix followed up its trip to the Finals with a disappointing playoff exit, punctuated by a disastrous Game 7 loss at home to Dallas .

“There’s a soft market for big men in today’s NBA. While Saric’s passing and shooting ability separate him some from the rest of the crowd, it remains to be seen if Phoenix will wait out his rehab process in hopes of getting him back in the mix with the departures of McGee, Kaminsky and Smith.”

Thank you for making Inside The Suns your destination for Phoenix Suns news. Please be sure to give us a like on Facebook, and follow us on Twitter @InsideTheSunsSI for more news, updates, analysis and more!