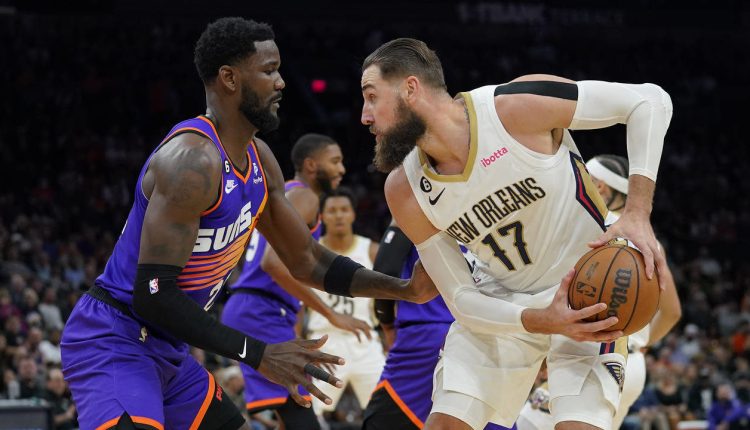 Phoenix Suns center Deandre Ayton will return to the court Friday while Portland Trail Blazers guards Damian Lillard and Afernee Simons are out for the clash between two of the NBA’s best teams.

Backup guards Cam Payne (left foot soreness) and Duane Washington Jr. (personal reasons) will also be out, meaning an increased role for players such as Damion Lee and Devin Booker at the point guard spot. Forward Torrey Craig will be available battling a left heel contusion.

The Suns and Blazers sit at the No. 1 and no. 2 spots in the Western Conference, respectively.

The two teams matched up in the second game of the season when Portland handed Phoenix its first and only loss of the year to this point.

Anfernee Simons has been key to Portland’s emergence adding 22.0 points per game and throwing up over 10 threes per game. He has had a break-out year after being selected No. 24 overall in the 2018 NBA Draft.

In Ayton’s two-game absence Phoenix used a rotation of Jock Landale and Bismack Biyombo to replace his size. Landale and Biyombo have offered opposing teams different looks as Biyombo offers a more inside-pounding, shot-blocking mentality while Landale can stretch the floor and shoot 3s with a little more quickness defensively.

With Ayton back in the mix, the two backup’s minutes will fall, but both have proven to be valuable members of the rotation at times.

Guards Josh Hart (9.7) and Shaedon Sharp (8.3) have filled in nicely in the backup role for the Blazers’ star averaging a combined 18 points per game.