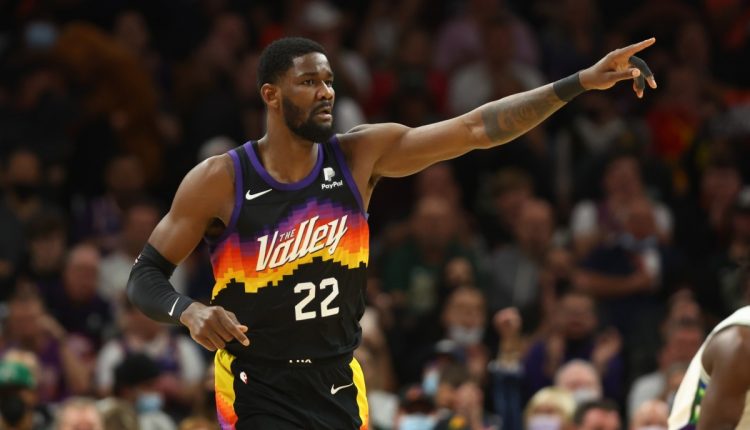 While they lost to the Milwaukee Bucks in the 2021 NBA Finals, the Phoenix Suns quickly proved to everyone around the league that they were one of the new championship contenders that could very well be a dynasty for many years to come given the youthful, high- level talents on their roster.

Having one of the best backcourts in the league with Chris Paul and Devin Booker, plus a former No. 1 overall pick who has quickly become one of the better big men in the entire NBA in Deandre Ayton, the Suns’ core is as good as anyone else’s in the league.

Well, all good things come to an end at some point and for the Suns, their “reign of dominance” in the Western Conference may come to a screeching halt way sooner than many would have imagined depending on what decisions they make in the offseason regarding their young center.

Since being drafted first overall in 2018 by the Suns, Deandre Ayton has turned himself into a Top-10 big man in the NBA and his numbers both in the regular season and postseason prove this. The last four seasons, Ayton averaged 16.3 points, 10.5 rebounds, 1.0 blocks and has shot 59.9% from the floor, helping the Suns reach the NBA Finals a season ago and helping them win a franchise record 64 games this year.

After not reaching a contract extension prior to the 2021-22 season, Ayton is set to become a restricted free agent this summer. Initially, not much thought was put towards his pending free agency when extension negotiations failed, as many around the league thought that Phoenix would come to an agreement with their center rather quickly in the offseason, but things are rapidly changing in an opposite direction.

Deandre Ayton’s future with the Phoenix Suns is very much in doubt right now, not only because the organization does not want to pay him max-level value, but because other teams around the league will.

According to The Athletic, it’s “more likely than not” that Ayton will play somewhere else other than Phoenix next season and there is a growing sense around the league that the Suns will not be offering him a max-level contract like he is expecting.

Given how well he has played with the Suns through the years and the fact that he is only 23-years-old with loads of potential still to grow into, it is very shocking to hear some speculation about Phoenix not wanting to reward Ayton. They certainly have the ability to do so and should they lose Deandre Ayton, the Suns may not be able to fully recover.

GM James Jones has proven to be one of the best executives in the league and maybe Phoenix is ​​already beginning to formulate a contingency plan in case Ayton does in fact leave in free agency, but Ayton represents the growth of this organization through the last few years .

When they selected him No. 1 overall, the Suns were a 21-win team at the bottom of the NBA. Sure, other guys like Chris Paul, Devin Booker, Mikal Bridges and Jae Crowder have helped this franchise rise from the ashes, but they would not have been in the NBA Finals last year, nor have won 64 games this season, without the contributions of Deandre Ayton.

The decision to offer Ayton a max contract or not in the offseason looms large over the heads of the Suns’ front office right now and this situation could very much come down to whether or not they are willing to match an offer sheet he potentially signs with another team over a two-day window in free agency,

As for who could possibly pursue Deandre Ayton as a restricted free agent, there are several teams that are in need of his services and would be willing to spend a lot of money to make him one of the faces of their franchise.

The Detroit Pistons, Portland Trail Blazers, Indiana Pacers, Oklahoma City Thunder, Charlotte Hornets and others could all be interested in pursuing the former first overall pick in the offseason, giving Phoenix a real run for their money, literally!

At the end of the day, this situation comes down to two things:

If the answer is “no” to any of these questions, then we should expect to see Ayton in a new uniform within the next few months, but only the Phoenix Suns and Deandre Ayton know the answers to these questions.